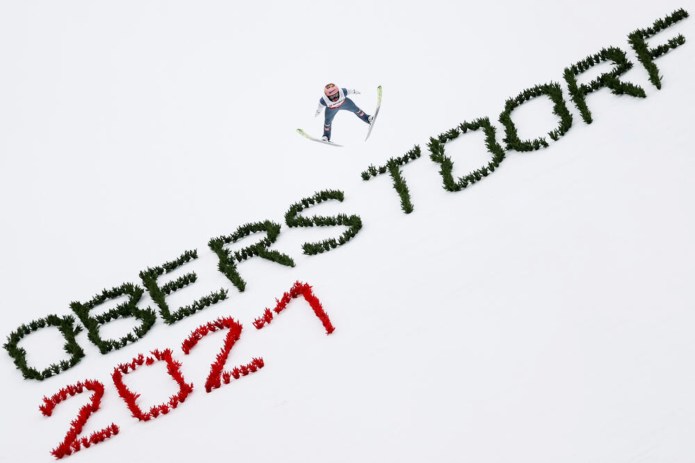 Stefan Kraft confirms his role as favorite in the qualification for the World Cup decision on the large hill. But Markus Eisenbichler also underlines his ambitions in Oberstdorf to defend the world championship title.

With a jump to 127 meters, Stefan Kraft secured victory in the qualification for the World Cup decision on the large hill. The Austrian scored a total of 143.5 points on the Schattenbergschanze in Oberstdorf on Thursday evening and thus prevailed against the Norwegian Johann Andre Forfang, who came to 133.5 meters (142.2 pts). Third place went to Markus Eisenbichler with 127.5 meters and 140.8 points.

After strong performances in yesterday’s training, the Kraft also won the trial run in the run-up to qualification and thus made it clear that he will be classified as one of the biggest favorites for the world championship title. In comparatively difficult conditions, the seventh-longest jump in qualifying was enough for the Salzburg man to win. “An ideal day. I feel good on the hill and hope that it will continue like this. But there are ten to 15 favorites, ”said the 27-year-old afterwards.

The German team survived the preliminary round without any problems. Defending champion Markus Eisenbichler, who left the Bakken as the final jumper in the absence of the corona-infected Halvor Egner Granerud from Norway as well as tomorrow’s medal decision, has impressively proven that he should be the DSV’s greatest hopes on Thursday.

“That was a decent jump. I tried one or two things in rehearsal and they backfired extremely, but I need that feeling again. The jump is not perfect yet, but I can work this way and am reasonably up front. I’m happy with the day, ”said the Siegsdorf resident afterwards.

Behind Eisenbichler, Karl Geiger showed the best performance of the German team with 125 meters and twelfth place. Severin Freund (19th), Pius Paschke (22nd) and Martin Hamann (27th) are also eligible to start on Friday. Constantin Schmid, however, was sorted out by national coach Stefan Horngacher after yesterday’s training.

Austria is strong as a team

After so far moderate title fights for the ÖSV, the team of head coach Andreas Widhölzl has also particularly distinguished itself from a team point of view. In addition to Kraft, Daniel Huber (7th) and Philipp Aschenwald (10th), two other athletes from the Alpine republic, made it into the top ten.

Normal hill world champion Piotr Zyla from Poland took fourth place behind Eisenbichler and his team mate Dawid Kubacki (9th) also made it into the top ten. In addition, the two Japanese Keiichi Sato (5th) and Ryoyu Kobayashi (8th) as well as Peter Prevc from Slovenia (6th) presented themselves strongly.

Twelve of the 62 athletes had to give up their medal dreams on Thursday evening – including the Finn Arttu Pohjola (51st) and the two Americans Erik Belshaw (54th) and Decker Dean (55th). Andreas Schuler from Switzerland was disqualified before his jump due to an irregular jump suit.

Before the individual decision on Friday, the trial run starts at 3:45 p.m. From 5 p.m. (all live at skispringen.com) it gets serious with the beginning of the first round in the fight for the medals.

Also interesting: After the cancellation of the Raw Air Tour, the rest of the World Cup timetable after the World Cup is fixed – and Halvor Egner Granerud has already won the overall World Cup despite Corona.

Ski Cross: Premier victory for Rohrweck on the Reiteralm Corona aid: criticism of the federal government is growing massively –...