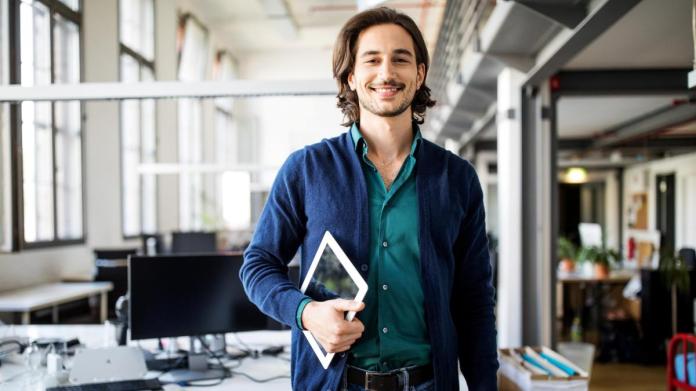 One such long-term trend is the aging of the working population in Europe and especially in Germany. It is by no means the case that older workers are less productive; there is simply a lack of new talent.

You want to change professional?

Almost all major economies have too few young skilled workers, not only, but especially in the high-tech areas that will create the prosperity of tomorrow. You are counting on recruiting them on the international job market. Some economists therefore speak of a “battle for talent”.

In the past few years, Germany has been quite successful in recruiting top foreign talent. But now Europe’s largest economy is falling behind. However, the other countries of the Old World have slipped even further while Asia is catching up.

In order to determine the attractiveness that a nation has on an international level for qualified employees, the management consultancy Boston Consulting Group (BCG), the online job platform StepStone (like WELT, belongs to the media group Axel Springer) and the career network The Network launched a large-scale survey started.

At certain intervals, working people around the world are asked which country is the preferred place of work for them. Almost 208,000 workers from 190 countries were interviewed for the current study. The result reveals which economies are rising and falling in the reputation of the skilled workers.

The good news: there is no other country in Europe that is mentioned as a preferred place of work internationally as often as Germany. The country in the middle of Europe is a dream destination for people from many nations. Only three countries were named more frequently in the survey than the Federal Republic, the USA, Canada and Australia – all three English-speaking nations with a long tradition as immigration countries.

“Even if Germany only ranks fourth, we are still number one among the non-English-speaking countries worldwide,” explains StepStone managing director Sebastian Dettmers. Nevertheless, Europe’s largest economy lost its popularity among skilled workers in 2020. In 2018, Germany was number two in the world.

France is the biggest relegation

The experts from Boston Consulting and StepStone see a connection with Corona. States and societies that were successful in containing the pandemic are now mentioned more often than the average as destinations.

As a result, Asian countries – even those that are not necessarily known as immigration countries – are now more strongly represented in the top 10 than they were in 2018, when the last survey was carried out. In the Corona year, the USA had to give up its top spot to neighboring Canada.

According to BCG and StepStone, Japan has risen sharply in the reputation of international specialists and has improved from tenth to sixth place in the last two years, while Singapore – not yet among the top ten recently – is now in eighth place.

The biggest relegation is France, which deteriorated from sixth to ninth. “The German labor market is still very attractive internationally. The German economy should take advantage of this, ”says Dettmers with a view to Europe.

“It takes immigration from other countries”

In 1956, 1.1 million people were born in Germany (that is, the 64-year-olds who are now going to retire), and in 2002 (that is, the 18-year-olds who are the next to start their careers) there are only a little over 700,000 births. Without extending the working life, the German labor market would lose around 400,000 employees annually.

In spite of the recession, the shortages are unmistakable, particularly in the natural sciences, but also in health professions. “In order to cope with the shortage of skilled workers, immigration from other countries is needed,” says Rainer Strack, Senior Partner at BCG and co-author of the study entitled “Decoding Global Talent”. If German companies want to emerge stronger from the crisis, they should see the attractiveness of Germany as an advantage and increasingly look for talent abroad.

However, the data from the study also show that international mobility, i.e. willingness to go abroad, is decreasing. “Fewer and fewer employees are willing to work outside their home country,” write the experts. This is also, but not only, due to the virus crisis, which has led to travel restrictions in many places.

“In 2018, 57 percent of those surveyed stated that they wanted to go abroad for the job, but only just under 50 percent of employees are now willing to do so. In 2014 it was 64 percent, ”says the study. There were still four years between the first two surveys, but the data suggest that the willingness to move had already decreased before the pandemic.

In Germany, the willingness to go abroad for a job is also not particularly pronounced. Only around 45 percent of local employees would also work beyond the German borders – compared to the previous survey in 2018, willingness has decreased by another ten percentage points.

The preferred destination countries are also telling. The German-speaking neighboring countries Switzerland and Austria were mentioned most frequently. The USA and Canada follow in third and fourth place. In total, there are five direct neighbors of the Federal Republic of Germany among the top ten preferred countries.

Conversely, Germany is at the top of the wish list for employees from Austria as well as from Eastern and Southeastern Europe. The Federal Republic was also mentioned more often than any other destination by Turkish employees.

If you look at the level of qualifications and training, a job in Europe’s largest economy is the first choice for industrial workers. According to Boston Consulting and StepStone, Germany ranks third among the highly qualified, behind Canada and the USA.

The same sequence of mentions can be observed for younger employees. A position in Germany in the group of “digital talents”, who see Canada, the USA and Australia as particularly attractive career stations, appears somewhat less attractive.

Another plus point for Germany is obviously the metropolis of Berlin. No other city in Germany is mentioned so often by international employers. This means that Berlin ranks fourth worldwide. The metropolis on the Spree can especially score with employees with a master’s degree or doctorate.

“The startup scene and the high level of internationality make Berlin a very attractive place for well-trained talent,” says BCG partner Rainer Strack. Behind Berlin follow Munich (26) and Hamburg (35) in Germany, each of which has lost three places compared to the 2018 study. Berlin itself slipped one place. The top cities named were London, Amsterdam and Dubai, which improved by three places, while New York fell six places to eighth place in the Corona year.

The continuing appeal of Berlin is also changing the face of the city. Mathematically, the entire population growth of the metropolis in the past ten years can be traced back to the account of people with foreign passports.

Almost 800,000 people with foreign passports now live in the German capital, which is more than a fifth of the population. The statisticians of the State Statistical Office register that the level of education of immigrant Berliners is increasing. According to the statisticians of the State Statistical Office, 42 percent of people living in Berlin with a migration background aged 25 and over had a high level of education.

Saxony is preparing a large wave of vaccinations: What will change... Minus 49 degrees near Tomsk: New temperature records in Siberia