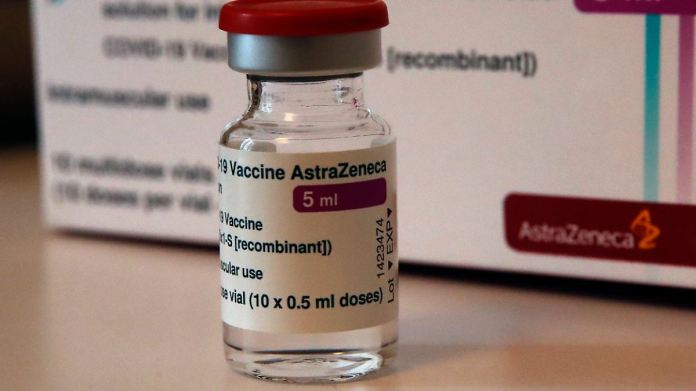 The dispute between the EU and Astrazeneca over the export of vaccines from the EU leads to a scandal. The group has apparently not disclosed a stock of almost 30 million cans in Italy. The vaccine is reportedly pre-packaged for export.
According to media reports, Italian authorities have found a stock of 29 million vaccine doses from the pharmaceutical company Astrazeneca in a factory. According to a report in the newspaper “La Stampa”, the can was packed ready for export to Great Britain. Apparently, the pharmaceutical company, which has been fighting with the EU for months over the volume of deliveries to the Union and other countries, had previously kept the existence of the supply secret.

Neither Astrazeneca nor the EU Commission have commented on the report so far. “La Stampa” also reports that Italian inspectors came across the vaccine stock during a search of the Catalent bottling plant in the municipality of Anagi near Rome. The action was carried out at the request of EU Internal Market Commissioner Thierry Breton. The number of vaccine doses found corresponds roughly to the total number of doses delivered to the EU so far.

Astrazeneca originally pledged 100 million vaccine doses for the EU by the end of March. The EU Commission accuses the group of preferring other customers, especially Great Britain, for its deliveries. In addition, the company did not provide any satisfactory answers to questions about how much vaccine was produced and exported in which European plants.

The spectacular find is likely to fuel the dispute between Astrazeneca and the EU. The commission wants to announce export restrictions for corona vaccinations today. No vaccine should go to countries that have higher vaccination rates than the EU and that do not allow exports themselves. The Commission is also in negotiations with the UK Government on the cans produced by Astrazeneca could be shared by mutual agreement.

No more tours because of Brexit? Stars criticize the government

Fight against virus mutation: leaving Tyrol only with a test