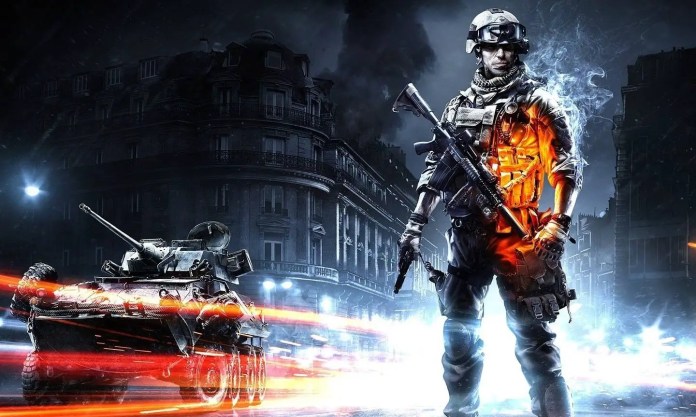 Battlefield 3 should be a great inspiration for Battlefield 6, also in terms of setting and modes. – (C) DICE, EA

A new Battlefield is apparently at the door. Andrew Wilson, EA’s CEO, confirmed that Battlefield 6 is in development and should be released by the end of 2021. Since then there have been avoidable leaks and rumors about the shooter. The official Twitter page and a fan poll provide new clues about the upcoming game.

Sometimes it works: fight fire with fire. The fans are hot for new information too Battlefield 6which, however, should not arrive until May – in the form of an announcement. Instead of responding to the rumors or completely ignoring them, the Battlefield social media team seems to be fighting back with some good old-fashioned “trolling”.

Recently, the Twitter user Roberto Serrano a tweet with inside information Battlefield 6 released. In a bullet point structure he told of the number of possible players on the battlefield, large and small battles, a battle royale mode, level destruction, customization and the fact that the game is in the Frostbite engine would run.

Most of the information is not new, as it is actually a “collection of rumors” that have been put together.

Battlefield 6 was confirmed early on for the PS5 through a mention in the official PlayStation magazine. – Image montage: DailyGame, (C) Sony, EA

However, in response, the Battlefield official Twitter page did something unusual and funny. Using exactly the same format as Serrano’s tweet, the Battlefield site sent out a tweet about spaghetti.

In doing so, we get important information, such as how well garlic bread goes with it. Spaghetti can also be used as a decoration. The allusion is of course not by chance, at least it is Roberto Serrano from Italy.

Battlefield 6: big reveal in May?

The rumor mill was already simmering, and the shooter’s official unveiling is slated for May 2021. The development of Battlefield 6 DICE and EA are so important to us that the next Need for Speed ​​entry has been postponed to focus on completing the game.

It’s been three years since Battlefield 5 was released, and the genre’s biggest competitor, Call of Duty, has had a monumental hit since then. Even if the two games are not really comparable because they differ in terms of number of players, map size, speed and modes, there are always defectors between the two game series.

Although we don’t have any official details yet Battlefield 6 have: EA is already asking the fans. The survey has been verified as legitimate by several members of the Battlefield community and asks questions such as: B. whether players would be interested in a free-to-play mode (F2P), a clan system and much more.

Apparently it is important for DICE to highlight the clan community in the game. So things like a clan chat, clan challenges and statistics are queried whether they are important to the players. Apparently, access to the shooter should also be lower-threshold, since at least one possible battle royale mode will be free. Hopefully DICE will then be able to deal with cheaters better than Raven Software and Co with Call of Duty: Warzone.

EA’s survey is in no way a guarantee that an F2P mode will come into play or that it will be implemented. The American publisher asks fans, that’s all it is currently. Rumors about a Battle Pass and free multiplayer have been around quite often.

Battlefield 6 is under development and should be available for PC, PS5, PS4, Xbox Series X / S and Xbox One by the end of 2021.

Covid-19: How patients are treated in the intensive care unit

19 – What is known so far about the more contagious...

Crazy transfer fan buys players from the opponent before the match...

WAC achieves first promotion in the knockout round – 12th man