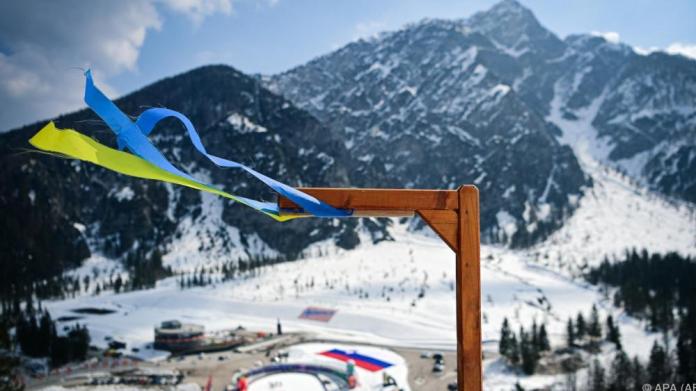 Too strong wind prevented the team competitions in the Ski Jumping World Cup in Slovenia and Russia on Saturday.

Ski flying in Planica was canceled in the first round after 21 of 36 jumpers. The normal hill competition for women in Tchaikovsky was not even started because of the turbulent conditions. The last individual competitions of the season are scheduled at both locations on Sunday, the team competition is to be rescheduled in Planica beforehand.

In Slovenia there were enormously different flights with strongly changing wind conditions, for example Daniel Huber sailed to the maximum distance of 236 m, others like Markus Schiffner did not even reach 190. After several long interruptions, the competition was finally canceled by the jury. Germany would not have competed in a possible continuation.

At the start of the season finale on Thursday, Daniel Andre Tande had a serious fall. The Norwegian was put into an artificial coma after a hard impact, and on Saturday the 27-year-old was supposed to be gradually awakened from deep sleep in the Ljubljana hospital. “The fall of Tande is still in everyone’s bones,” said Germany’s head coach Stefan Horngacher, justifying the withdrawal of his athletes in the team competition.

Norway’s head coach Alexander Stöckl was critical of the competition management’s approach. “I’m very confused about the jury’s decision today,” said the Tyrolean. From his point of view, the competition management had tried too long to somehow pull through the jumping despite the long waiting times on the hill. “You could have taken a break earlier,” said Stöckl in the first break in the competition, which was only later stopped. His jumper Marius Lindvik had been outside for a long time before it was his turn. “They tried to let every athlete down in that little window, and that’s actually irresponsible.”

ÖSV head coach Andreas Widhölzl regretted the cancellation, but also joined the security concerns. “It’s a shame that the weather was so unstable. But safety comes first, we are on one of the largest ski jumping hills in the world. I am very clearly in favor of the safety of the athletes. We’ve already had a fall in a lot less wind, ”said Widhölzl, recalling the Tande accident.

EU sanctions: “The Chinese interpret this as …

ADAC: Most popular campsite in Germany on Fehmarn

New building of the state library in Stuttgart: The year of...

Criticism of suspension of vaccinations with Astrazeneca