CEO Bob Chapek spoke at the virtual shareholders’ meeting on Tuesday of an “enormous success” – Disney + had reached this milestone in just 16 months. The online video service was launched in the USA in November 2019 and is now available in 59 countries.Investors were unimpressed by the numbers, the share reacted cautiously in US exchange trading and most recently fell by around three percent to 195.72 US dollars. However, it had only reached a record high of $ 203 the day before, which has meant an increase of almost 60 percent since the chart broke out of the sideways trend in November. Walt Disney is currently valued at around 356 billion dollars on the stock exchange, while rival Netflix brings it to 225 billion dollars.

So far, Disney’s streaming business is not generating any profits, and despite the impressive growth, the gap to market leader Netflix remains large. The streaming pioneer had also grown strongly in the pandemic and had almost 204 million paying users at the end of the year.

Netflix has been around for much longer and is represented in significantly more countries, but the chase to catch up is not likely to be any easier for Disney in the future. Netflix tries to keep the competition at a distance with an enormous production budget. In addition, the strong start of Disney + was also largely due to low prices and limited temptation offers. In addition to the service under its own brand, Disney also operates the streaming services Hulu and ESPN +. Disney shares traded on the NYSE on Tuesday 3.54 percent lower at $ 194.76.

Without fireworks into the new year

Mission Christmas: Everything is crazy | kurier.at

Number of new corona deaths in the UK has fallen dramatically... 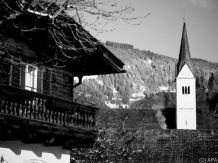 “The Masked Singer” judge Ruth Moschner: “Too fat, too wide, too...