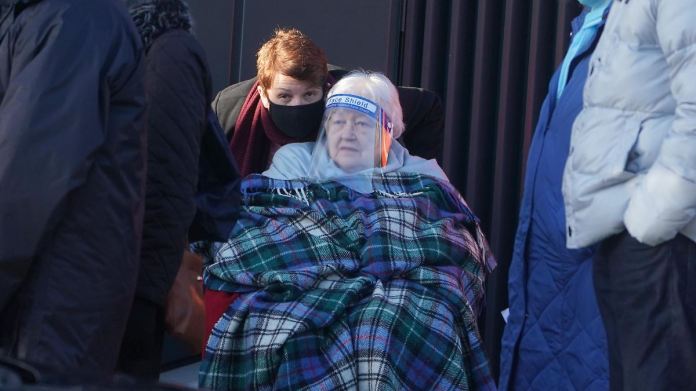 Successful vaccination thanks to Brexit?
Blair’s “Spin Doctor”: “Lies from the start”

What is the current situation with the British-German relationship? Alastair Campbell should know – the British journalist was, among other things, government spokesman and political advisor to Tony Blair. In the interview he talks about Brexit, populists and vaccination nationalism.
After long-standing Brexit debates, border closings due to pandemics and the recent fight over vaccines, the relationship between the EU and Great Britain has hit rock bottom. Most recently, it was about possible export bans for vaccines and the fundamental question of who has better corona management. “This vaccination campaign is a success, I acknowledge that, and I am very happy. But it has nothing to do with Brexit,” says British policy advisor, journalist and author Alastair Campbell on the podcast “Zero Hour”.

He criticizes the government’s attempts to instrumentalize the successes in vaccination – Brexit supporters see it as evidence that it was right to leave the EU. “Someone in Brussels made the stupid mistake of mixing Brexit with this vaccination campaign,” says Campbell.

The now 63-year-old shaped British politics for decades. Among other things, he was government spokesman and Tony Blair’s “Spin Doctor”. After the Brexit referendum, he supported the “People’s Vote” campaign, which – unsuccessfully – campaigned for a new referendum.

“We have to recognize that the story of Brexit was a story full of lies from the start,” he says. He is very critical of the British government. Prime Minister Johnson is a populist who only cares about his political interests and his political strategy. “For that he has to wage this kind of war with Europe.” The blame for problems is consistently passed on to the EU. At the same time, the British government lacks the ability to admit its own mistakes – also in dealing with the Corona crisis. “We must never forget how Johnson was in the beginning. The mistakes that have been made. And we have these catastrophic deaths.”

Hear in the new episode of “The Zero Hour”

You can find all episodes directly at Audio Now, Apple or Spotify or via Google.

Merkel and the “longing for opening”: These easing plans are now...

Liensberger in the middle of “Fantastischen Vier” in the slalom