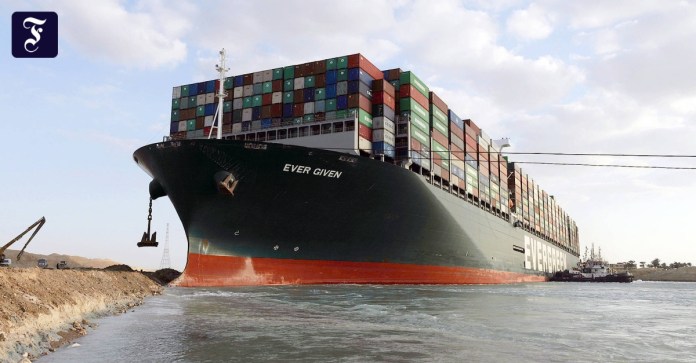 A tractor drives next to the wrecked Ever Given on Sunday.
Bild: EPA-EFE / SUEZ CANAL AUTHORITY

The “Ever Given”, which ran aground in the Suez Canal, was uncovered after a blockade that lasted for days. The maritime service provider Inchcape Shipping announced that the ship was floated again.

The Suez Canal Authority (SCA) had previously stated that the towing work to free the ship had resumed.

The 400 meter long container ship ran aground in the Suez Canal last week and blocked the important route in both directions.

The 193 kilometer long canal is the shortest connection between Europe and Asia and the crucial corridor for crude oil and imported goods to Europe. According to the Kiel Institute for the World Economy (IfW), 98 percent of container ships pass through the Suez Canal when they are on the move between Germany and China. About eight to nine percent of all German goods imports and exports go through the Suez Canal.

Matthew McConaughey: That’s why he turned down a $ 12 million...

Zuna about the KMN gang: “I have no more contact with...

WHO rejects herd immunity for 2021

A quarter of the students want to buy an electric car