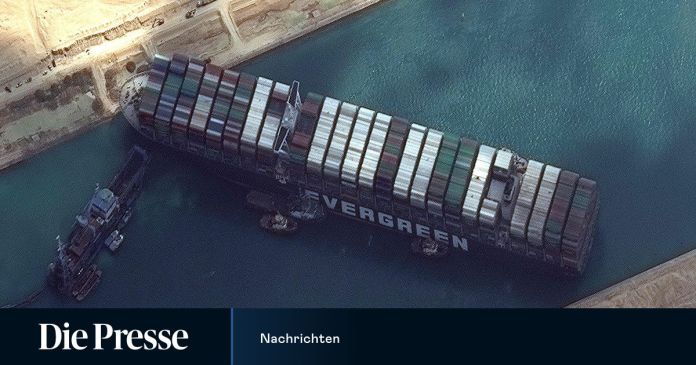 Ten tugs and three excavators are currently in use to reopen the Suez Canal for world trade. The USA now also want to help salvage the container ship.

Melania Trump: Role as First Lady was “the greatest honor of...

Confusion about the diploma and doctoral thesis of Minister Aschbacher

Nasser Al-Attiyah sets an example at the prologue of the Dakar...