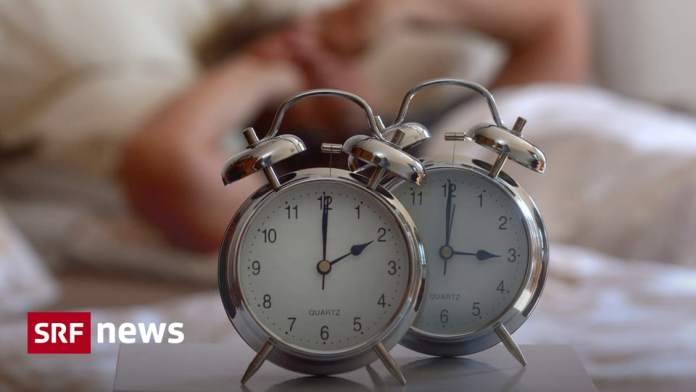 Daylight saving time begins on Sunday night. At 2 o’clock in Switzerland – as in most European countries – the clocks are put forward to 3 o’clock. According to the Federal Institute for Metrology (Metas), summer time ends on the last Sunday in October.

One of the problems that led to the busy manual changing of clocks on Sunday mornings is becoming less and less common today: the majority of devices and clocks change the time autonomously, for example cell phones, computers or radio alarm clocks. Nevertheless: For the clock on the oven or on the wall, one of the donkey bridges such as “Spring forward – Fall back” is still worthwhile to know that the clocks are set forward in spring and set back in autumn.

But do we still need summer and winter time? A possible abolition of the seasonal time change is currently a topic of political discussion, especially in neighboring countries. So far, no decisions have been taken either at the level of the European Union (EU) or at that of all individual states. The Icelanders are not affected by the whole situation: The clocks have not been changed in Iceland since 1968, the time is the same all year round.

Switzerland will wait and see

According to Metas, Switzerland is following developments in neighboring countries and will carefully examine whether any adjustment to the time regulation would make sense and would be in the interests of Switzerland. Until further notice, the existing time regulations apply in any case.

With the introduction of Central European Time (CET) at the end of the 19th century and with the introduction of the time changeover in 1980, the Federal Council and Parliament decided, primarily for economic reasons, in favor of a time regulation that corresponds to that of the neighboring countries. In the event of a different regulation, Switzerland would become an island of time, with consequences in particular in business transactions, transport, tourism and communication.

Defeat for Donald Trump: US judge orders reintroduction of the “Dreamer”...

Curevac & Bayer: “We have to get faster”

End of the line semifinals for Matthias Nebel in “The Voice...

This is allowed on New Year’s Eve in BW despite the...