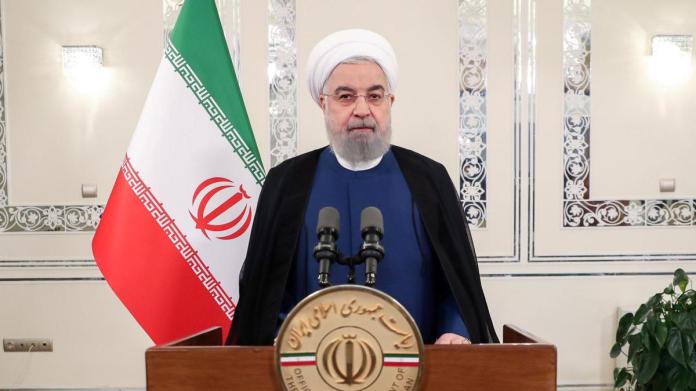 Iran continues to expand its nuclear program – contrary to the agreements in the nuclear agreement. A survey from Israel now shows that many Europeans would also support sanctions against the Iranian regime. The approval rate is particularly high among academics.

Dhe German public is apparently tending towards new sanctions against Iran. This is the result of a survey that the market research institute Harris Interactive carried out on behalf of the Israeli foreign ministry. The survey is available to WELT AM SONNTAG. Under the key question “Will you support military, economic and diplomatic sanctions against Iran?” The study cites eight different scenarios. For example: “In a situation in which Iran violates the nuclear agreement and enriches uranium to a higher level than allowed”, “In a situation in which Iran attacks oil tankers on their way to other countries” or “In a situation in that Iran supports terrorist actions on European soil ”.

A total of 6583 citizens between the ages of 18 and 65 in eight western states were surveyed; around 800 each in Australia, Germany, France, Great Britain, Italy, Canada, Spain and the USA. The highest average approval of sanctions comes from Italy, where 85 percent of those questioned were in favor. It is followed by the USA (74 percent), Germany and France (71 percent each). Approval was lowest in Canada (63 percent). Among German participants, the support for sanctions is highest in the event that Iran attacks oil tankers (77 percent). The support of terror on European soil want to punish 75 percent, violations of the nuclear agreement 74 percent of the respondents.

In Germany, the survey measured the highest levels of approval for sanctions among respondents who follow international news and those with high incomes and higher education. A total of 65 percent spoke out in favor of sanctions if Iran blocks sea routes; among those surveyed in the higher income and educated classes, it was 85 percent.

The nuclear deal that the international community concluded with Iran in 2015 is intended to restrict its nuclear program. For this, sanctions against the country are to be lifted. The then US President Donald Trump stepped out of the agreement in 2018 and renewed sanctions. Since then, Iran has violated the requirements and, according to the International Atomic Energy Agency, has enriched twelve times more uranium than allowed. Israel is the fiercest critic of the deal with Iran, whose leadership has repeatedly called for the annihilation of the Jewish state. Jerusalem criticizes the agreement as not being strict enough. US President Joe Biden and the EU have announced that they want to negotiate an improved agreement.

FC Bayern: Scouts spot left-backs in England – the deal would...

Has he cheated on Jenny Lange?

Man fired because he slept at the workbench before starting work

Thrilling derbies in Berlin have a long tradition