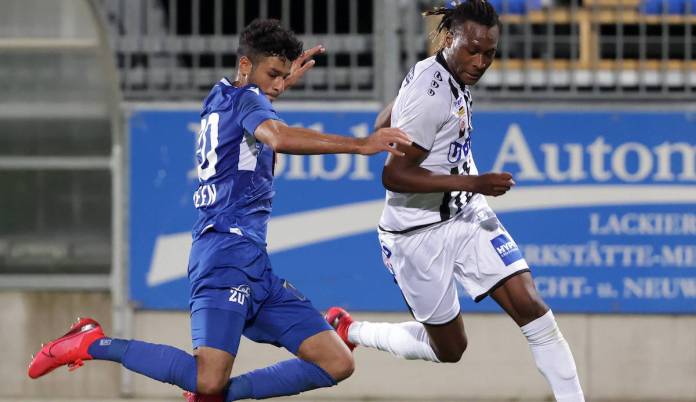 Dramatic scenes played out in the first league duel between SV Horn and the Young Violets: Horns Amro Lasheen collapsed without any outside influence and had to be treated for a long time. The game was finally canceled.

Without any outside influence, SV Horn central defender Amro Lasheen collapsed during the duel with the second team of Wiener Austria when the score was 4: 1 for the violets.

The unconscious 22-year-old had to be treated for minutes – the emergency doctor was also called. In the meantime, the former Austria and Vienna talent was able to get up, eyewitnesses report. Finally, the game was canceled in minute 53.

“Our player Amro Lasheen went to the ground without any external influence and was briefly unconscious. Shortly afterwards Amro was available again and was transported to the hospital for clarification. The two teams responsible then agreed to abandon the game,” says SV Horn Facebook careful all-clear.

The stations of Amro Lasheen

Break in relationship with Elina Svitolina and Gael Monfils tennisnet.com

RBI with further acquisition in the Czech Republic