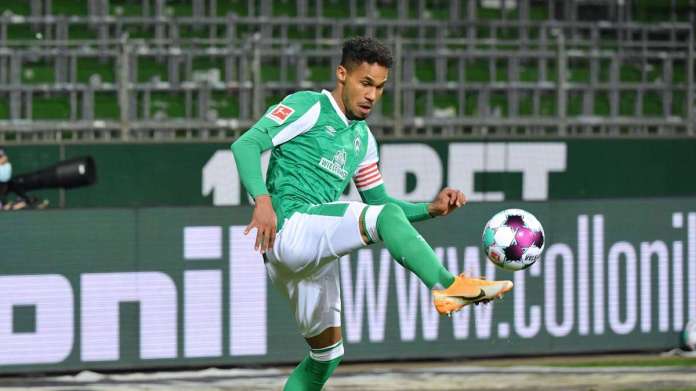 Bremen – Actually, his iron secrecy when it comes to parting is only consistent – it symbolizes what Theodor Gebre Selassie has embodied at SV Werder Bremen for almost nine years: restraint and loyalty to the club. The Czech has never liked to talk about himself, and he still doesn’t like it today – especially not when it comes to the still unanswered question of what will become of him this summer.

Give up Selassie’s contract Werder Bremen is running out, his idea of ​​returning home with his family one day has long been documented – only “Theo” is not yet officially on a farewell tour. “I’ve made my decision in the meantime,” he said on Friday, but then asks for your understanding, “that I would like to keep it to myself”. After all, there are still many important games to be played, the focus should be on that – “and not on what happens to me”. It could hardly be more reserved and loyal to the club.

In Bremen it has long been an open secret that Gebre Selassie, now 34 years old, says goodbye after the season. “We assume that Theo will leave us in the summer,” sports director Frank Baumann recently told the DeichStube. The club’s respect for the performance of the athlete, but also for the person, is too great Theodor Gebre Selassiethan that he would try with the utmost urgency to convince his defender of another season in green and white. “The club knows that I have a clear tendency,” says Gebre Selassie. The final discussion on this matter has not yet taken place. It should have the expected outcome, possibly tantamount to a final formal act: “Theo” shares his farewell With.

But now is not the time to talk about it, he says, especially not in public. Gebre Selassie does not want a “now there are just so many games for Werder countdown”, because that would inevitably move him week after week to where he would like to see others: the focus. But he has long since achieved the status that every further Werder game, no matter how gray it is, can mean a new record – a privilege that is usually reserved for players who, well: have become club legends are.

With his 263rd Bundesliga appearance Theodor Gebre Selassie just overtook his ex-trainer and sponsor Thomas Schaaf in the all-time list of most Werder games. “The number means a lot to me,” he says, pauses for a moment, begins to shake his head – and continues: “That I’ve now played one more game than Thomas Schaaf is just strange. I am very conceivable for him for giving me the chance back then. Without him I would not have come to Bremen. “

If he very likely leaves the city again soon, Gebre Selassie will see “his” Werder Bremen but well positioned. In Felix Aug a potential successor is already there. “He’s already on the right track and has everything you need to play the position of right-back,” said Gebre Selassie, moderating his own changing of the guard.

There are still eight games in the league and at best three in the DFB Cup, the “Theos” are unofficial Farewell tour – similar to the tour stops of a big band, whose fans vaguely hope until the last gig that the old sacks might still feel like doing it and carry on. At Theodor Gebre Selassie Almost nothing speaks for it anymore, he will put his family in the foreground – which is only consistent and therefore cannot be wrong under any circumstances. (knee)

Melania Trump: This is what her last Christmas decoration in the...

Assassin’s Creed Valhalla: Hideo Kojima would be proud of this annoying...

Turkey is counting on Germany as the last geopolitical partner

WhatsApp defends itself against rumors