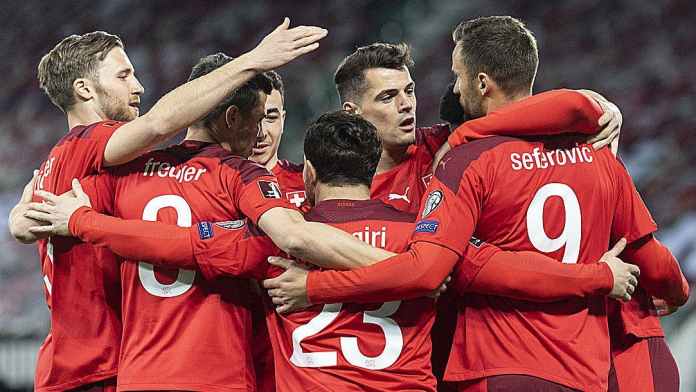 In qualifying for the World Cup, Switzerland fulfilled the second mandatory task with the minimum. In St. Gallen, she beat the blatant outsider Lithuania 1-0. Xherdan Shaqiri scored the goal in the second minute.

The result of the duel with the clearly weakest opponent in the qualifying group on paper was disappointingly close. But the 1-0 win was enough for the Swiss to be on course for the first time in the World Cup elimination. Together with favorite Italy they are in the lead with six points from two games. However, as on Thursday against Bulgaria, the Swiss missed something to do for the goal difference. In this secondary division they are one goal behind the Italians.

But just: The Swiss will go to the next World Cup qualifying game in September and after the European Championship finals with the maximum number of points. At that time, she no longer expects a compulsory task and no inferior opponent: she will then play against Italy at home.

The evening before the game had the first excitement. A few minutes before kick-off, the Finnish referee realized that one of the goals was too high. As the SFV later announced, the bar on the right side increased by around ten centimeters during the entry, however. It was measured, pulled, pushed – but in the end the goal had to be replaced. In the end, the game could only begin with a delay of 18 minutes.

Another quick start for the Swiss

The gate slap caused head shakes, smiles and slight confusion. Obviously, however, he did not disrupt the Swiss team. The SFV selection did not allow any delay in the game that evening; she led 1-0 after just 85 seconds. The Lithuanian Martynas Dapkus made a terrible bad pass in front of his own penalty area, Breel Embolo passed sharply to Xherdan Shaqiri, and the Liverpool professional was successful with his weaker right foot with a low shot into the far corner.

Like three days before in Bulgaria, it was the Swiss start made to measure, only without the immediately compelling continuation as in Sofia. Sure, the Swiss remained dominant, they never ran the risk of losing the game. They also created chances, but they lacked a lot of verve against the limited opponent to bring the lead to a level that put the difference between the two teams into the right proportion on the scoreboard.

Despite their clear superiority, only one goal

Yes, the Swiss even had to experience a moment of shock when the guests missed the equalizer by a hair’s breadth immediately after the break after a corner. It remained one of the rare episodes in the Swiss penalty area. The event continued to take place in the half of the square for the Lithuanians. And so, in principle, the Swiss worked for 90 minutes on an opponent who did not want to and could not make his contribution to an at least rudimentary open game.

Lithuania, only number 129 in the FIFA rankings, were at least an opponent who tackled the defensive after a passive start and knew how to close the space in front of their own penalty area. The Swiss are to be blamed for making an unusually large number of simple mistakes in the opposing zone. It started with the weak standing balls, went over the complicated paths of the strikers and ended with the imprecise last passes.

In the end, statistical values ​​such as 64 percent ball possession, 21 shots on goal and 14 corners remained a pattern with little value. Because Steven Zuber only hit the post in the closing stages and Denis Zakaria shot past the almost empty goal, for example, it actually stayed at a meager 1-0.

These deals are really worth it

Crew monthly subscription for 12 euros with V-Bucks, Battle Pass and...

“One of the best scorer of all time”: Luis Suarez scores...