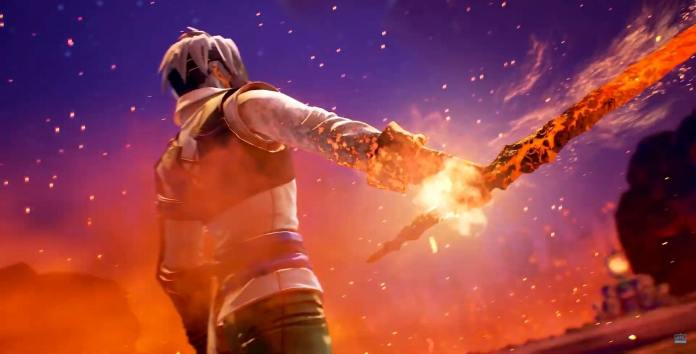 Since E3 2019 it is known that Bandai Namco Entertainment is working on a new role-playing game called “Tales of Arise”. The title has not yet been published. However, not long ago the publisher assured that the development of “Tales of Arise” is making progress.

The rumor came up laterthat further details or at least a video for the new “Tales of” will be shared in March of this year. And indeed: at the weekend, as part of the “Tales of” Festival 2021, a trailer dedicated to the plot of “Tales of Arise” was launched. You can watch the scenes below these lines.

Bandai Namco also stated, “Spring is just around the corner. And we worked hard to make it unforgettable. Catch the first fresh look at Tales of Arise. ”This wording indicates that more details about the game will follow in the course of spring. Confirmation follows at the end of the new video.

The information available on “Tales of Arise” is very thin. It was already confirmed in the course of the announcement that the players can expect a brand new story and a completely revised technical implementation based on Unreal Engine 4.

“Tales of Arise” takes place in a solar system that includes the two neighboring planets Dahna and Rena. The people of Dahna have always revered their planetary neighbor on Rena – a planet they can clearly see in the sky – and viewed Rena as a land of the righteous and divine.

But for 300 years the people of Rena have ruled Dahna, plundering the planet’s resources and robbing its people of their dignity and freedom. “Tales of Arise” begins with two people who were born in different worlds and who have the hope of changing their fate and creating a new future for themselves and their people.

More on Tales of Arise:

“Tales of Arise” is in development for PlayStation 4, Xbox One and PC. There is currently no release date. The trailer mentioned at the beginning follows:

More news about Tales of Arise.

It’s getting serious – for real this time

WhatsApp, Signal or Telegram: This app bundles all messenger chats –...

Coronavirus: Britain plans to vaccinate from next week

Handball World Cup in the ticker: Austria vs. Switzerland