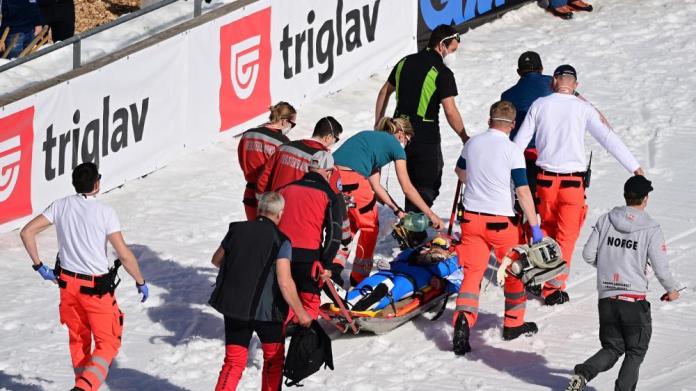 After his brutal fall at the Ski Flying World Cup in Planica, the Norwegian Daniel Andre Tande is expected to be brought out of his artificial coma on Saturday morning.

Sports director Clas Brede Braathen announced this to Norwegian radio by SMS on Friday evening. The 27-year-old is in good hands in the Ljubljana hospital. Braathen: “It looks like he is gradually being awakened from his artificial coma in the early hours of the morning. Then I’ll be with him. “

Tande got into trouble during the trial run on Thursday and hit the front of the huge facility in Planica with his body. He suffered a broken collarbone and a slight puncture of the lungs. In the hospital he was “intubated and mechanically ventilated”, on Friday night he was in an artificial coma to relieve his brain.

Norway’s head coach Alexander Stöckl was confident that the athlete will be completely healthy again. It is currently assumed that no damage will remain. “The first tests did not reveal anything negative. They did a brain scan and checked the neck. There is nothing to report, that is very positive. Today we had the positive news that he has already started to breathe himself “, said the Austrian Stöckl.

The athlete is to blame for the fall

The athlete himself was to blame for the fall. “We analyzed the video. It was his own mistake, ”explained the 47-year-old. “He was too aggressive in the first flight phase,” added Stöckl and explained: “He got wide relatively quickly on his skis and then leaned a little on the air. Then he lost contact with the skis. You can’t really find anything there, except your own fault. “As serious as the fall was, the emergency response to keep Tande alive after the serious incident on the hill was successful. The shocked Norwegian delegation expressly thanked them. Braathen described the first aid on the huge facility in the “Valley of the Schanzen” as “highly professional”.

According to Alexander Pointner, dangerous weather conditions or the condition of the hill were not to blame for the fall of the Olympic champion. “That is the danger of skiing,” said the former successful coach of the Austrians at Eurosport. Even small mistakes would have a more serious effect in ski flying than in ski jumping due to higher speeds, stronger air forces and higher flight curves.

A certain residual risk can therefore never be ruled out despite increasing security in recent years, emphasized the Austrian. “Ski flying can look so easy and aesthetic. But when mistakes happen, it can be dramatic, ”Pointner explained.

Iced Earth: Guitarist John Schaffer in custody after storming the US...

Ronaldo awards penalties in a draw from Juventus

Even the Sunday in Advent that is open for sale is...

Uta Kargel is back at GZSZ Tsunami warning for the whole of the Pacific after New Zealand...

Hertha BSC puts the sports management in front of the door