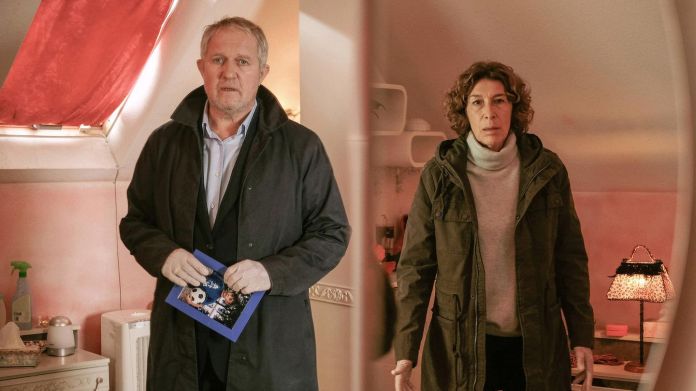 “Tatort” from Vienna
Difficult to bear: This “crime scene” is pure horror 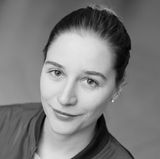 Women are brutally stabbed to death, children kidnapped and tortured: the new case of the Viennese investigators Eisner and Fellner is dark and disturbing. Not a film for a relaxed evening watching TV.

The prostitute Jana Gruber is attacked in her house and brutally murdered. An anonymous caller reported the dead woman. Does it have anything to do with the act? When investigators Moritz Eisner (Harald Krassnitzer) and Bibi Fellner (Adele Neuhauser) arrive, they discover that Gruber had a son. But there is no trace of the ten-year-old boy. Eisner and Fellner find out that there were two similar cases recently and assume a serial offender targeting prostitutes and their children.

Why is this “crime scene” worthwhile?

Stabbed women, tortured children, dirty apartments and a schizophrenic crack junkie: There is little that makes this “crime scene” (script: Mike Majzen, director: Christopher Schier) worth seeing. It is only thanks to the commitment and tenacity of Moritz Eisner and his colleague Bibi Fellner that there is a hint of a happy ending.

The film is brutal and disturbing, the story is not thought through to the end. Actually, the actors may shine, but the viewer remains disgusted. Whether “police call” or “crime scene” – the most recently broadcast cases were all very gloomy and had difficult topics, but one does not wish for more misery in the world right now. Sure, a crime thriller is not a comedy – but there is a line between an exciting case and a sadistic psycho shocker. This limit was clearly exceeded here.

Major Bibi Fellner has been quarreling with her job for a long time and in this episode, too, she despairs because of all the misery in the world. “I can’t just accept that people are constantly dying around us and we are only called when it’s too late,” she says to her colleague Eisner in one scene. The investigator is particularly concerned with the fate of the kidnapped children. She is irritable and sleepless. The new assistant Meret Schande (Christina Scherrer), who takes over as the successor to Manfred “Fredo” Schmipf, is the first to feel Fellner’s displeasure.

Turn on or off?

Bibi Fellner suffers from an extreme lack of sleep in the episode. This is how the viewer feels after seeing this “crime scene”. Those who want to sleep blissfully prefer to leave the television off – or watch “Rosamunde Pilcher” on ZDF.

Moritz Eisner and Bibi Fellner also determined in these cases:

“Cygnus” freighter with worms on board started for the ISS