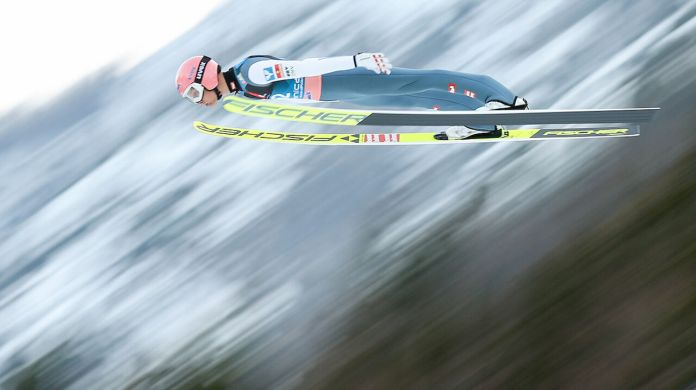 At the World Cup final in Planica on Saturday there is only one winner: the wind! The team competition must be canceled in the first round.

The first jumpers can still go over the hill if the conditions are good. However, the wind quickly gets stronger, and the competition is already severely impaired in the second group.

After that there is a long wait. After another attempt, however, after two flights it is clear: the wind is too changeable, a continuation would be too dangerous.

“It was the only right decision. It was just too turbulent,” said ÖSV sports director Mario Stecher.

The DSV team had already decided during the interruption to withdraw the athletes from the competition. In the ÖSV team, retreat was also an issue, but depending on the situation: “We said that we would look at the wind situation with our jumpers.

This decision was made for the ÖSV trainer by the jury.

On Sunday in Planica there is an individual competition as the season finale on the program.

“The fall of Tande is still in everyone’s bones”

At the start of the season finale on Thursday, Daniel Andre Tande had a serious fall. The Norwegian was put into an artificial coma after a hard impact, and on Saturday the 27-year-old was supposed to be gradually awakened from deep sleep in the Ljubljana hospital.

Huber: “You don’t have to provoke it”

“It is a shame that the weather was so unstable. But safety comes first, we are on one of the largest hills in the world. I am very clearly in favor of the safety of the athletes. We have already had a fall at clearly less wind, “said Widhölzl, recalling the Tande accident.

Huber was of the same opinion. “It’s a shame, but after what has happened these days, you don’t have to provoke it, it was definitely the best decision,” said the Salzburg native. On Sunday (10 a.m. / live ORF 1), an individual competition is scheduled to conclude.

Feeder agreement canceled: Lufthansa will no longer fly for Condor in...

The pig completes the mask round

Nursing homes became hotspots: There are those responsible for the many...