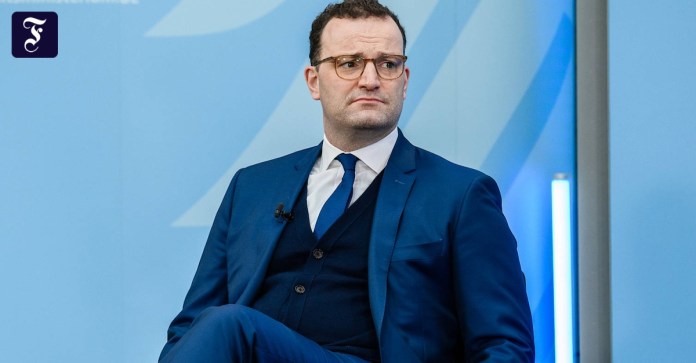 AIn view of the rapidly increasing number of coronavirus infections, Federal Minister of Health Jens Spahn pleads for another sharp lockdown. “If we take the numbers, including the developments today, we actually need another ten or 14 days at least to properly shut down our contacts, our mobility,” said the CDU politician on Saturday at an online discussion event organized by the federal government among the citizens Citizens could ask questions. He appealed to the citizens “in case of doubt, to implement more than the state rules”.

The Robert Koch Institute (RKI) reported a seven-day incidence of 124.9 on Saturday morning. This means that the value is higher than it has been since January 19 (131.5). On Friday the RKI had given the incidence as 119.1, two weeks ago it was 76.1. The seven-day incidence indicates the number of new infections per 100,000 inhabitants and week and is an important indicator for the course of the pandemic. In addition, the health authorities in Germany reported 20,472 new corona infections to the RKI over the course of Friday. In addition, 157 new deaths were recorded within 24 hours. Exactly one week ago, the RKI had recorded 16,033 new infections and 207 new deaths within one day.

Last Thursday, RKI boss Lothar Wieler also called for a hard lockdown at a press conference with Spahn. Literally he said: He was calling for a lockdown “that deserves the name” – something like the one we had last spring.

Christian Karagiannidis, President of the intensive care society DGIIN, also called for a tough two-week lockdown and an immediate stop of all planned opening steps in view of the rapidly increasing number of infections. “The resolutions for model projects after Easter are completely inappropriate and must be withdrawn immediately by the federal and state governments,” said Karagiannidis, who is also the scientific director of the Divi intensive register, of the “Rheinische Post”.

If it were possible to break the third wave, then there would also be the prospect of opening steps in regions with low numbers of infections, said Spahn, on the other hand. More tests and vaccinations should help with this. In April and May there should also be more vaccinations than in the entire first quarter. He expects that at the end of April / beginning of Mail, 80,000 to 100,000 medical practices will be given coronavirus vaccinations. The vaccine from Johnson & Johnson could help. According to Spahn, a first smaller delivery – probably 275,000 cans – should arrive in mid-April. “We found out yesterday,” announced Spahn during the online discussion. In contrast to many others, the substance only needs to be sprayed once.

SPD health expert Karl Lauterbach demanded repeated corona consultations promptly in view of the sharply increasing number of new infections. “We have to renegotiate again quickly,” said Lauterbach the “Tagesspiegel”. “It won’t work without a sharp lockdown,” he emphasized and defended his call for nationwide curfews. “Exit restrictions from 8 p.m. for two weeks would work – we’ve seen it in France, Great Britain and Portugal.”

Wissler wants broader corona protection in the world of work

From the point of view of the left co-chair Janine Wissler, the world of work must be more closely involved in the anti-corona measures. “At the moment it is the case that the operating restrictions end at the company gate, but the corona infections do not end at the company gate,” said Wissler in the “Interview of the Week” on Deutschlandfunk. “We have a lot of people in this country who go to work as normal, who drive to open-plan offices every day, to call centers, to production halls. And that’s where infections take place. ”Buses and trains are full.

“I think that if the numbers keep going up, then we have to talk about the fact that production that is not urgently needed has to be shut down for a few days in order to simply break the chains of infection,” said Wissler. If you can’t get the numbers down and get into a permanent loop, then that is also intended for the short term economically.

Tourism against Corona: “There are also interested parties from Germany”

These countries are new on the federal risk list