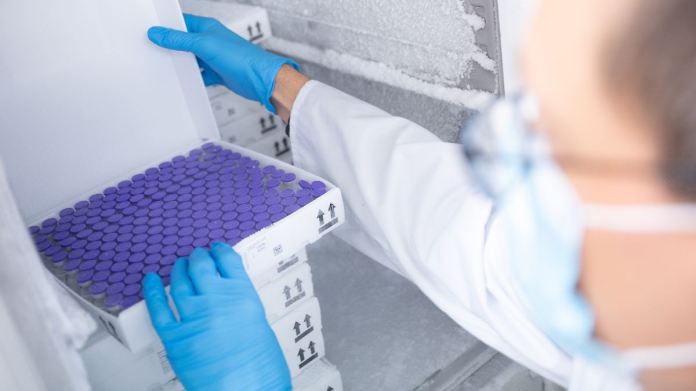 When it comes to distributing corona vaccines, poorer countries are neglected. The Covax project, which is supposed to supply these countries with vaccines, urgently needs replenishment. Therefore, the WHO asks for donations – and at the same time warns of ominous offers with fake vaccines.
The World Health Organization (WHO) has called on rich countries to donate vaccine doses to poorer countries as soon as possible. Ten million doses are required within the next few days, said WHO chief Tedros Adhanom Ghebreyesus in Geneva. Then 20 countries that would otherwise not be supplied by the beginning of April could start vaccinating. “There are tons of countries that could afford to donate vaccine doses without much influence on their own vaccination campaigns.”

The Covax project, which is primarily intended to supply poorer countries with vaccines, has great difficulties with supplies. One problem is export controls in India, where a significant proportion is produced. Because of the increasing number of infections, India wants to use more vaccine for its own population. Covax actually wanted to deliver 237 million vaccine doses to more than 100 countries by May. Almost half of that should come from the Serum Institute in India, which produces Astrazeneca vaccine. 90 million cans, which were scheduled for delivery in March and April, are delayed because of the controls.

But Tedros showed understanding. India needs the vaccine itself, said the WHO chief. One hopes for a solution so that both the local population and people in other countries can be supplied. Tedros criticized countries and communities of states that ordered vaccines directly from manufacturers. “Vaccination nationalism” has distorted the market.

The WHO also expressed concern that criminal gangs could take advantage of the high demand. Health ministries in several countries had received suspicious offers, said Tedros. Elsewhere, vaccination doses that were delivered would be diverted and sold separately. It is unclear whether cold chains are being adhered to. In addition, empty ampoules would be refilled with counterfeit products. Tedros warned that vaccination doses should only be obtained from state programs.

After the French Supercup – nasty Twitter feud between Neymar and...

Formation of ACE receptors: How Sars-CoV-2 takes advantage of the immune...

These two show masters should actually moderate the jungle camp

Corona help for families: Childhood sick days – no law, many...