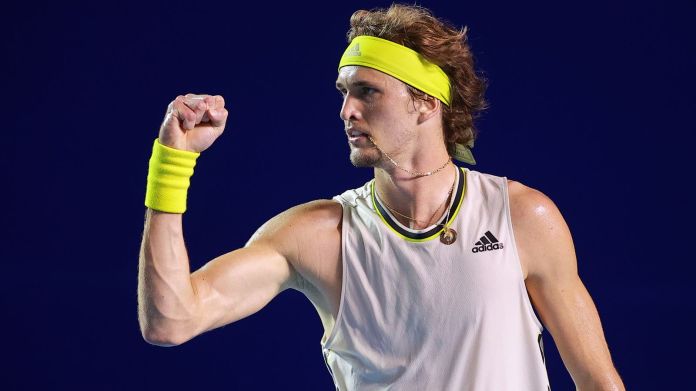 The furious appearance of Alexander Zverev in Acapulco makes you want more. The first Masters tournament of the season is now in Miami. Our commentators Paul Häuser, Stefan Hempel and Marcel Meinert will be in touch with their check-up at the start of the tournament in Miami.

Paul Houses: “Acapulco was a feel-good tournament for the German number one. Without losing a set to the title, that really gives a boost. Not everything went smoothly, but Zverev was able to call up his top level in the crucial moments and in the final against Stefanos Tsitsipas once again beaten a top man. Exactly this triumph against the number five in the world is particularly important for self-confidence. Because Zverev was often strong in the past, but in the end he had against the best players in the world like Djokovic, Medvedev, Thiem and Tsitsipas always a bit missing. I was particularly impressed in Acapulco with his transition game and the volleys at the front of the net. With this aggressiveness and the fine hand, the title is also possible for Zverev in Miami. “

Stefan Hempel: “The top favorite for me is Daniil Medvedev. Then comes his compatriot Andrey Rublev for me. Behind the two Russians I see Stefanos Tsitsipas and Alexander Zverev. But without Djokovic, Nadal, Thiem and Federer, a lot speaks for the four new top seeders. Medvedev has in Marseille won, Zverev in Acapulco. Andrey Rublev has been in top form for a long time and at Tsitsipas I am waiting for the next steps after his terrific win against Nadal in Melbourne. ”

Please use the Chrome browser to use our video player with optimal performance!

Alexander Zverev prevailed in the final of the ATP tournament in Acapulco with 6: 4, 7: 6 (7: 3) against the top seeded Greek Stefanos Tsitsipas (video length: 2:03 min.).

Opportunities for other Germans:

Marcel Meinert: “That is impressive! In addition to Alexander Zverev, there are four other Germans in the main field in Miami. Jan-Lennard Struff is even set and would like to confirm his upward trend, which he showed in Dubai, in the” Magic City “. The conditions in Miami should suit him, in round three it could be tricky against Roberto Bautista-Agut or Dubai finalist Llyod Harris. Dominik Koepfer not only did something for his world ranking position in Acapulco, but above all he boosted his self-confidence. His draw is appealing: Round one against the French Hugo Gaston is uncomfortable, then Jannik Sinner would wait. Yannick Hanfmann, last year’s finalist from Kitzbühel, celebrates his premiere at a Masters event and is against the US boy Steve Johnson, who is looking for his form, anything but without a chance – a great opportunity for the native of Karlsruhe to distinguish himself on the big stage! ”

Mischa Zverev delivers the crowning glory with a strong performance in qualification. The reward: He is number 280 in the world in the main draw of Miami. “

Paul Houses: “All eyes on Aslan Karatsev. The rise of the 27-year-old Russian has something mystical. Karatsev has only lost two matches this year: the semifinals at the Australian Open against Djokovic and in Doha against Dominic Thiem. He celebrated the title in Dubai a 500 tournament. There is much to suggest that his wondrous dream trip in Miami will continue. ”

Stefan Hempel: “Lorenzo Musetti is the real deal. In my opinion, the Italian has everything to get off to a full start on the ATP Tour. He has this light power, the fantastic strokes, the fine stops and a great understanding of the game. The victories in Acapulco against Schwatzman, Tiafoe and Dimitrov have shown that the 19-year-old can already be expected on hard court. ”

Marcel Meinert: “At the beginning of the year, Sebastian Korda reached an ATP final for the first time in Delray Beach, just a little more than a stone’s throw from Miami Gardens, and in any case has what it takes to surprise even the greats. Korda also won on the way to the final against John Isner. The Miami finalist of 2019 and last champion of Key Biscayne is only playing his third tournament this year and is longing for a sense of achievement. The same applies to Riley Opelka, who has only won two matches in 2021. When he starts in front of a home crowd , that wouldn’t surprise me. “

In addition to the TV broadcast, Sky will show additional courts for Sky customers (with sports package) from March 24 (Wednesday) to April 1 (Thursday) live in the stream on skysport.de and in the Sky Sport app. With our second screen offer you won’t miss a thing!

All information about the livestream.

Please use the Chrome browser to use our video player with optimal performance!

Serve the tennis elite! The ATP Masters in Miami live on TV and stream on Sky (video length: 31 sec.).

The Miami Open 2021 live and exclusively on TV on Sky:

More about the authors at skysport.de

Doctors concerned about many migrants among Covid sufferers – education starts 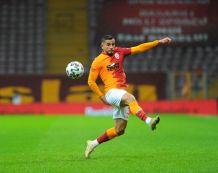 After a fireworks accident: Trainer gives update on Elabdellaoui