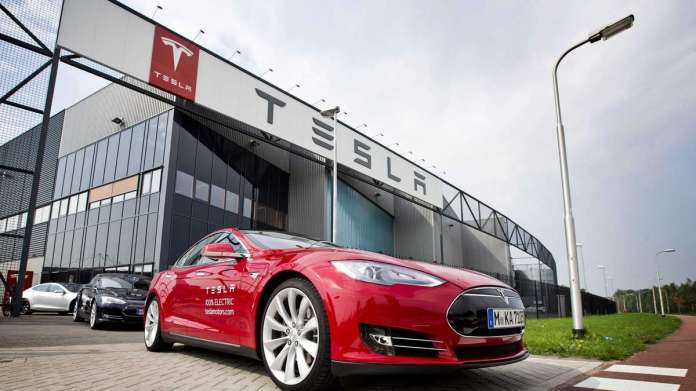 Tesla closes its plant in Tilburg “very shortly”. What does the shock of the only European location to date mean for the Gigafactory in Grünheide?

Tilburg – While the construction work for Tesla’s new Gigafactory in Grünheide is in full swing, even without a final building permit, the US automobile company’s only other European location is on the verge of collapse: Elon Musk is reopening his Tesla plant in Tilburg, the Netherlands, after just five years tight.

Tesla wants to stop the assembly of its electric cars there “very quickly”. This is reported by several Dutch media, including NU.nl. The online portal claims to have learned from internal sources that up to 96 of the total of 540 jobs at the Tesla site in Tilburg are at risk. The employees were informed about it last week.

The Tesla models S and X are still rolling off the assembly line in Tilburg, the Netherlands, but the plant has never been a real Tesla factory: The two electric cars are not actually made in Holland; they are only assembled there from parts prefabricated in America and shipped to Europe. In addition, Tesla operated a paint shop, a parts warehouse, an indoor test track and a so-called remanufacturing center in which used parts are reconditioned at the Tilburg location.

Elon Musk’s original idea behind the Tilburg plant: if you assemble the S and X models that are sold in Europe on site, you save the vehicle import tax and transport costs for dangerous goods such as batteries. It doesn’t seem to work out anymore. The production of an electric car on two continents is a complex process – and probably also the main reason for the closure of the plant in Tilburg, as several Dutch media suspect.

The end of the Tesla plant in Europe: the costs were no longer justifiable

Tesla itself justified the drastic step with facelifts for the models S and X, which were screwed together in Tilburg. Which facelift, the inclined Tesla driver asks himself. From the outside, little is happening with the two electric cars – only the rear fenders on the Model S are getting a bit wide. But the changes to the technology and in the interior are all the more extensive, explains Tesla.

And there is actually a lot going on under the hood as well as in the interior: For example, the steering wheel in the Tesla Model S will soon no longer be a wheel. It will be angular, resemble a control center in an airplane and will have a new, huge and, above all, transversely installed display in the center console. The top version of the Model S gets more than 1,100 hp – apparently too much to tame in Tilburg. In any case, the assembly in the Netherlands can no longer take place at a reasonable cost, explains Tesla.

Tesla closes its European plant: what happens to the employees?

In Europe, the new S and X models from Tesla are to be delivered from November 2021. This means that assembly in Tilburg may be suspended very soon. According to Dutch media reports, it is currently still being examined whether there are alternative jobs for the employees affected by the shutdown.

Allianz report: “Risk of unrest will worsen due to Covid-19”

An apology after 20 years

Google Home Max is no longer in production

Senior woman (90) stole her handbag – police are looking for...