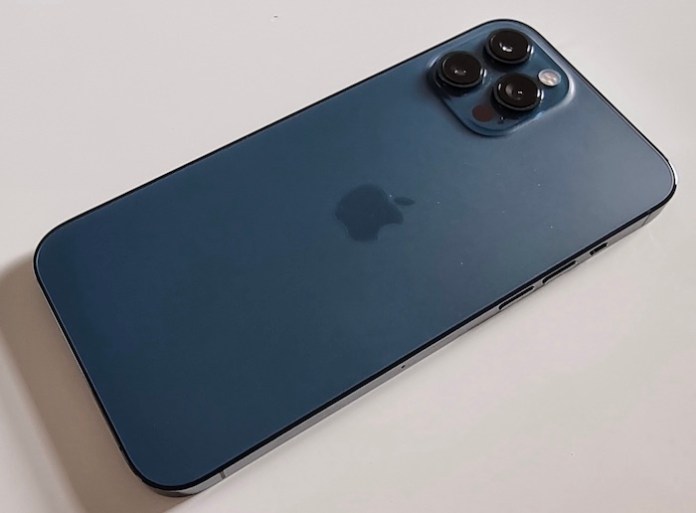 Model upgrade deluxe: The smartphone inventors want to climb the reference throne again with the new flagship, but the competition is strong. Already knew? The iPhone is considered the best-selling piece of technology of all time. Over a billion iPhones have already gone over the counter – a success story in itself. However, only one in five smartphone users still uses an Apple device. But that’s enough to generate the lion’s share of Apple sales. The iPhone thus tips the scales when it comes to the survival of the group. But let’s be honest: How often has the end of Apple been predicted?

The iPhone 12 is visually almost identical to the angular predecessor model, so that the makers missed the chance to give the display a little more space, because the front camera notch takes up a lot of space again. Other manufacturers solve this better in the top class by completely integrating the selfie cam into the display.

Nevertheless, the Apple iPhone 12 Pro Max looks uncompromisingly high-quality again. The frame is protected by the latest generation of glass with the PR designation “Ceramic Shield”, which is also IP68 certified. This combination of ceramic and glass is also said to be significantly more scratch and break resistant than the previous models – but better not have tried that.

There is a small revolution with the lush 6.7 inch display, because the OLED technology from BOE comes into play for the first time – and you can see that too, because the color reproduction really pops. With a full resolution of 2,778 x 1,284 pixels, the sharpness (458 ppi) and readability are also well ordered – you shouldn’t expect anything else in this price range. Since the brightness is also convincing at 838 candela per square meter, everything should be fine. Not quite, because while the competition has upgraded their flagships to at least 90 Hz, the iPhone stays at a tired 60 Hz. This is surprising, especially since 120 Hz is already possible with the iPad. So there is still a lot of room for improvement.

From a purely visual point of view, nothing has changed in terms of camera technology. Three powerful lenses plus an LED flash protrude from the back. The 12 MP trio consists of wide-angle, ultra-wide-angle, double optical zoom and the LiDAR sensor. The latter measures distances with laser technology and thus supports the autofocus. Above all, the main lens was drilled out, because the significantly larger sensor means that the light sensitivity is 87 percent better than the previous model. The image stabilizer is sensor-based on top, so that movements are even better balanced – a real professional tool.

In the practical test, it immediately becomes clear that the clippers is a brilliant all-rounder that shows its qualitative strengths above all when poor lighting conditions set in. Here, the camera shows the taillights of most competitors. Sharp and naturally illuminated photos are taken from the hip, which can be spiced up with a trained eye afterwards. If you like it particularly professional, you can use the flexible RAW format. Since the equipment also offers everything relevant, buyers not only get a phone, but a fully-fledged camera without any ifs or buts.

The camcorder is even better. Up to 4K resolution is possible at 60 fps (frames per second) plus HDR and Dolby Vision. The big plus with video recordings is, above all, the clever software that specifically helps the cameraman in low light. The results are simply fantastic. This smartphone camcorder is probably the best on the market right now.

There is also a lot of luxury with the data interfaces, because in addition to 5G, the brand new Wifi 6 is also supported and the maximum LTE speed is 1,200 Mbit / s – more is currently not possible. For the first time, dual SIM operation is also possible, although the second only works virtually as an eSIM. The internal storage space is traditionally not expandable, but buyers can choose between 128 GB, 256 GB or 515 GB. However, at least 256 GB is recommended so that the iPhone does not get digestive problems too quickly.

Even if iPhones currently have their own software orbit with iOS 14, the similarities to the Android operating system are getting bigger and bigger. In the beginning, Google looked at Apple and recently it has been the other way around. In the meantime, even die-hard Android users don’t have to make major changes to have control over the iPhone. There is no app drawer, but there are three pull-down menus and, recently, a clear app media library.

A big plus of iOS is definitely the software support, because experience shows that every model receives regular updates for five years before it becomes necessary to switch to a new iPhone again – that’s fair. There is no longer a fingerprint sensor, but the face recognition is very secure, reliable and, in good lighting conditions, also fast – the release by finger is therefore not missed. Overall, the inventor of the modern smartphone delivers an absolutely coherent user interface that also reacts very quickly.

When it comes to performance, Apple has always been at the forefront. However, the in-house processor Apple A14 is only equipped with 2 + 4 cores and is buffered by 6 GB of RAM – the reference elite of the competition is already further ahead. The strong processor clock of 3,100 MHz tears it out again, because you have to stress the iPhone 12 Pro Max a lot to feel an impairment – the smartphone is very future-proof in this area.

Well: The battery performance has shrunk to 3,700 mAh compared to the predecessor. Fortunately, this does not play a role in terms of on-call duty, because it is around four full days, which is a decent achievement in view of the multimedia load. The iPhone also cracks the important 10-hour mark under constant load. The charging time by cable or inductively is also okay at around 1.5 hours. However, what buyers will find extremely stingy is the lack of a power supply unit. For the included USB-C cable, you therefore need a new one or the old one from the previous model. The idea besides the cost saving is probably the promotion of “MagSafe”. New ring-shaped magnets on the back of the iPhone are supported by the compatible wireless charger.

One of the great strengths of the new iPhone is the sound. The speaker tandem below the display impresses with its crisp bass, clearly defined mood and a lively sound image – a real alternative to a Bluetooth speaker. Even when it comes to voice transmission, everything is OK and the quality is clearly above average – that was different with earlier models.

Is a smartphone worth over 1,300 euros? Obviously, this question does not arise with the iPhone, because the high price policy has always worked at Apple, because the iPhone disciples are (also by necessity) loyal. With the 12er, users of the predecessor model should still ask themselves whether the switch is worthwhile, because the differences are limited. Only the better camera performance and the OLED display technology are two key arguments. On the other hand, Apple has again failed to remove some construction sites. The big notch and the 60 Hertz refresh rate seem almost nostalgic by now. Fans accept the fact that there is no memory expansion and the use of Bluetooth is restricted as an Apple quirk. The lack of a power supply is now a new one.

Good update: The top iPhone has undergone a top facelift.

Holz Pfeifer from Tyrol expands its plant in Germany

New coronavirus variant “not out of control”

Frankfurt is only mediocre when it comes to fintechs internationally