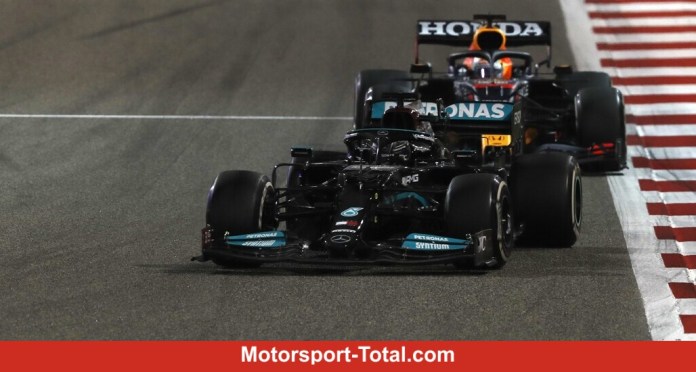 (Motorsport-Total.com) – Max Verstappen overtook Lewis Hamilton in the battle for victory in the first race of the 2021 Formula 1 season in Sachir, but then gave P1 back. Why Verstappen acted like this and why Red Bull sports director Helmut Marko sensed a wrong game on the part of Hamilton, what really happened in lap 53 of the Bahrain Grand Prix and when, we explain in this article.

Lewis Hamilton and Max Verstappen fought for victory in Bahrain

And we start at the beginning, namely with Verstappen’s attempt to overtake Hamilton before Turn 4, after Verstappen has approached Hamilton with DRS. Before turn 4, he pulls on the outside lane next to Hamilton and also passes Hamilton on the outside at the exit of the curve. But: at the end of the maneuver, Verstappen moves all four wheels away from the racetrack.

Hamilton reacts immediately and reports to Mercedes by radio before Turn 8: “He overtook me on the outside, outside the track.”

The latter can be seen well in the onboard recording of Hamilton’s Mercedes, but was difficult to see in the live TV image. The live images of the pass showed Hamilton and Verstappen head-on, and Hamilton seemed to be slowing down. (AD: Get the complete Formula 1 and the best live sport with Sky Q or stream flexibly with Sky Ticket. Without a receiver.)

Probably because of this, Red Bull sports director Marko sensed a tactic by Hamilton when he said on ‘ServusTV’: “Then of course Hamilton did it cleverly, [er] deliberately slowed down until he overtook Max again. “

The intermediate times of Verstappen and Hamilton show: Both were slower than on the previous lap, but probably mainly because they both had not been on the ideal racing line in the duel. And: At Hamilton, the difference in the middle sector compared to the preliminary round is only 0.9 seconds (41.865 seconds in lap 53 vs. 40.960 seconds in lap 52). Verstappen was 1.4 seconds slower.

What was allowed in turn 4 and what wasn’t

And so back to the maneuver in Turn 4 and the question: What was actually allowed there and what wasn’t? Because, for example, Hamilton had been off the track several times during the race.

Or as Red Bull team boss Christian Horner put it: “When Mercedes started to apply pressure, they used this part of the track. We then asked the race management: ‘If they do that, we can do that too ? ‘” 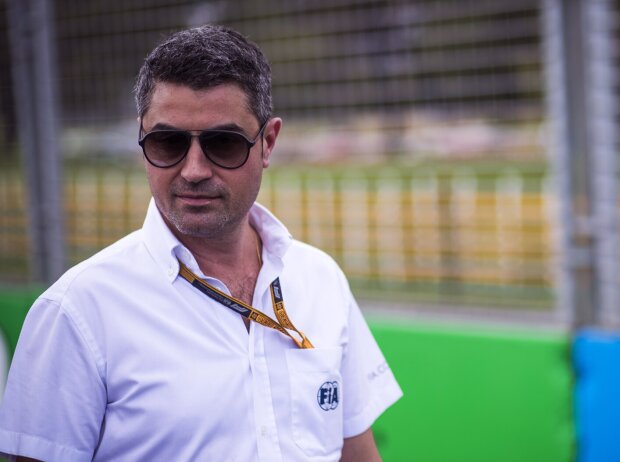 “If it is already tight in such a duel, you can get a tenth advantage. Mercedes did that lap by lap. Then the race director told them to heed the limits, otherwise a warning would follow.”

That means: At first the crossing of the white lines in turn 4 was okay, then suddenly not anymore, as announced by the Formula 1 race director Michael Masi.

Criticism of the rule “freestyle” in the race

Even Mercedes sports director Toto Wolff speaks of the fact that the rules were “freestyled” at this point and says: “Suddenly you had to keep track limits where it was said ‘no’ before. That ultimately cost Max the race.”

But: Off-track overtaking maneuvers were always not allowed in Bahrain in 2021, as non-participating drivers confirm. Ferrari man Charles Leclerc says: “The rule was: You could [in Kurve 4] drive out, but not for overtaking or the like. “That was said in the driver’s briefing on Friday” not specifically for the race “, but” we knew about it from Sunday morning, “said Leclerc.

Leclerc’s Ferrari team-mate Carlos Sainz agrees. “It was clear to me: If I overtake someone off the track, then I have to let the other car go.”

Red Bull admits: overtaking maneuvers would have been illegal

Verstappen team boss Horner also admits that there can be no two opinions on this point. He says: “Before the race it was made clear: If someone gains an advantage by driving out of there, then he has to return the advantage. Max did that immediately. The team told him that after the relevant instructions from the race management. “

Driving out was (initially) allowed, overtaking not. Former Formula 1 driver Ralf Schumacher criticizes ‘Sky’ as being “a bit tight-knit” and says: “Max made the race fair, it wasn’t a bad overtaking maneuver. But that’s the way it is, it was seen differently.”

In the case of one “that’s just the way it is”, those involved don’t want to let go of it themselves. “These rules,” says Horner, “are always controversial. What is needed is constant regulation. You can’t say: ‘It’s okay to do it in the race, but you can’t overtake like that.’ It should be black or white, but not some kind of gray. “

Wolff is just as “confused” and also calls for “consistent rules”. He says: “Ultimately, the drivers need to know what they can and cannot do.” The fact that Verstappen had to give up his position “saved the race for us,” said Wolff.

Leclerc and Sainz add that you shouldn’t cause confusion during an event by changing the rules several times. O-Ton Leclerc: “It would probably have made more sense to simply keep the rules from yesterday.” And Sainz says: “It will be difficult for the fans and everyone at home to be up to date with all the changes.”

Why the final attack by Verstappen did not materialize

The question that remains to be answered is why Verstappen was unable to launch another attack against Hamilton. Wolff suspects, “he just had no more temperature in the tire and it took two laps to recover it.” 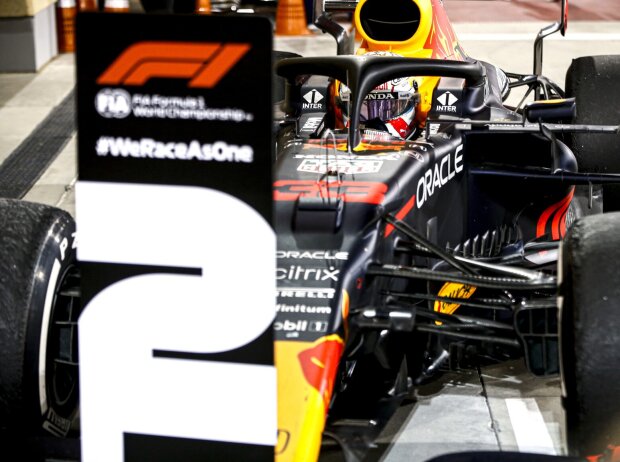 An attempt to overtake, but it was not valid: In the end it was P2 for Max Verstappen Zoom

Marko, on the other hand, states that Verstappen “soiled his tires that he could only attack again on the very last lap. Because of the dirt, the offensive never came off in the end.”

Horner basically agrees with this version, but also refers to a “small slip” Verstappen “a few laps before the end”.

He is probably referring to lap 53 as well, when Verstappen got into the row in pursuit of Hamilton at turn 13, had to make several corrections and lost a lot of time. Then the gap to Hamilton was already more than six tenths, there was no further immediate chance of overtaking. Horner: “That seems to have given Lewis just enough air.”

Verstappen himself explains succinctly on ‘Sky’: “I had [nach dem Vorbeilassen Hamiltons] no more grip on the tires. “And Marko adds on ‘ServusTV’ that Red Bull was” no longer able to call up the full engine power “towards the end of the race.

His conclusion: “It was our turn, but to beat Mercedes you have to be perfect.”

Novelty! For the first time a candidate was disqualified

Eight arrests after arson at refugee camps in Lebanon

Impeachment from Donald Trump – impeachment proceedings against Trump set to...