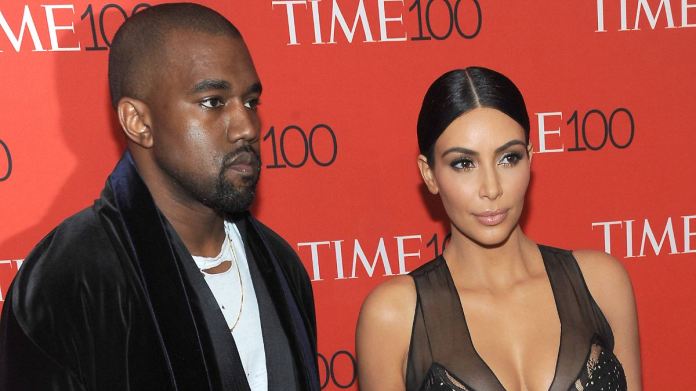 “That was frustrating”
The Kardashians first talk about Kanye

So far, Kim Kardashian has been keeping a low profile regarding her divorce from Kanye West. In her reality show, the past year is now illuminated, in which the rapper attracted attention with a series of disturbing statements and tweets. The 40-year-old tried to be there for her husband. Vain.
So far, Kim Kardashian has not yet commented publicly on her divorce from Kanye West, which was filed in late February. Now fans get at least a little insight into the emotional state of the reality TV queen. In the new and final season of “Keeping Up With The Kardashian” (KUWTK), the 40-year-old talks a little about marital problems with the rapper.

Season 20 of the reality show was taped last year and includes the time that bipolar Kanye West ran for president. The 43-year-old caused a sensation when, after a campaign appearance, he tearfully revealed that he had urged Kardashian to have an abortion when she was pregnant with their daughter North. After that, the Donald Trump fan dropped a series of disturbing tweets, including claims that his wife tried to have him admitted.

She tries to support her husband, but does not want to go too much into his ambitions to become US president, says Kardashian in the latest “KUWTK” episode in an interview with her friend Malika. When she asks her more questions on the subject, she says, “You know, I don’t want to talk about it in front of the camera. I don’t want to talk about Kanye or anything.” It is no secret that everyone in the media sees things about their married life with West. “But I’ve always been very respectful and haven’t talked about the problems Kanye and I have,” she says shortly thereafter. However, these problems can be seen “clearly on Twitter”, which is why she will not unpack them further.

As a result, Kim Kardashian is also filmed talking on the phone to someone who is believed to be part of Kanye West’s team. She offers several times the same day or whenever he wants to get on a plane and visit her husband in Wyoming to “support him and relax and hang out with him.” You know “that he needs it”. However, the rapper doesn’t seem to think much of the idea. “When I talk to him, he says ‘no’,” she explains sadly. The 40-year-old receives a lot of compassion from her sisters and mother.

West barricaded himself at his Wyoming ranch during a mental breakdown that summer. To this day he lives most of the time in the US state. From there, he “posted a lot of things on social media, so that was a bit frustrating,” admits the reality TV actress. Nevertheless, she tried to block out everything that was going on on the Internet in order to be there for him. Kim’s older sister Kourtney also reveals that she has already spoken to her brother-in-law. She told him it would not throw a good light on him to continue tweeting. West realized that he shouldn’t make certain things public, but should discuss them with his wife right away.

It is known that Kim Kardashian flew to her husband in Wyoming shortly afterwards. The celebrity portal “TMZ” published photos showing the couple standing in the parking lot of a fast food restaurant and Kardashian crying unrestrainedly. She reportedly pleaded with West to seek treatment for his bipolar disorder.

“TMZ” also reported at the time that the show would no longer track the family man’s mental health status. Hence, it is possible that this will be the final mention of West and the marital problems. The topic will not be taken up in the teaser for the upcoming episode next Thursday either. Kardashian has now filed for divorce from Kanye West after seven years of marriage.

The “The Special One” is irritated by the choice of world...

Before and after picture: Jenke shocks with a beauty experiment