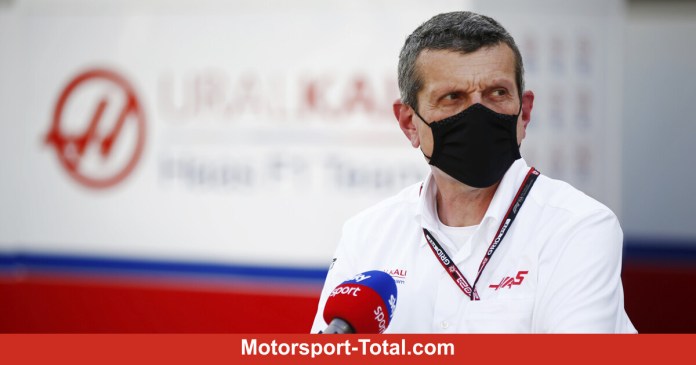 (Motorsport-Total.com) – Mick Schumacher’s Haas team is fighting, as was clearly shown on Friday at the Bahrain Grand Prix (Formula 1 2021 live in the ticker!), Against Williams for the last places on the starting grid. But that doesn’t change the philosophy of not developing the VF-21 any further and taking the car as it is for the rest of the season.

Günther Steiner remains: The 2021 Haas will no longer be developed

The designers and engineers of the Haas team have only been working on the 2022 car since the beginning of February: “The 21-series model is out of the wind tunnel. It no longer exists in the wind tunnel,” confirms team boss Günther Steiner in an exclusive video interview on the Formula1.de YouTube channel (subscribe to the channel now and never miss a new Formula 1 video!).

Revising this fundamental decision and still further developing the 2021 car is practically impossible because the wind tunnel would have to be reset and the construction of new model parts is not budgeted at all. The effort involved in making very small advances at best would be far too great for a small team like Haas.

Is more than eighth anyway unrealistic?

“Even if we invested a lot of money: Could we then finish sixth? No. Or seventh? No, too,” Steiner said before the season opener in Bahrain (AD: Get the full Formula 1 and the best live sport with Sky Q or stream flexibly with Sky Ticket. Without a receiver.) convinced. “Maybe eight at best. But is it really worth it not to invest in the future in the next six months and lose the next five years for it? No.”

In the interview, Günther Steiner expresses criticism of the Netflix deal, talks about Mick and Michael Schumacher and the truth about the broken deal with BWT More Formula 1 videos

That would basically be an exciting mind game. Almost all medium-sized and small teams write off the development for 2021 early (or have already done so) in order to be able to concentrate fully on the 2022 reform regulations. Those who don’t care about the future and give full throttle to it in 2021 could at least cause surprises in the short term.

But Steiner does not consider such an approach expedient: “For me it makes no sense to think short-term – never in life. Short-term is always only reactive, and then at the end of 2021 you will be left with a pile of broken glass because you did not develop anything for 2022 have.”

“It is certainly possible that you will invest a lot in 2021 and maybe even get a quick result. But then you will be left with nothing in 2022,” says the South Tyrolean. “What you also have to include: The budget cap also makes it more difficult to catch up in 2022. Then you start two steps behind that that you can never make up for.”

Due to budget ceiling: backlog can no longer be made up

“Not even with money,” he believes. “Because you simply can’t have the resources to catch up on what the other eight months before had already developed under the budget cap. You can’t go two ways this year either, because we already have the budget cap. If you have a lot If you want to invest in 2021, you would surely have to neglect 2022. “

Therefore, the car that Mick Schumacher and Nikita Masepin are starting in Bahrain is identical to the one they drove in the winter test two weeks ago. “During the test we tried out new parts, but we haven’t changed anything on the car since the test,” confirms Steiner.

Only one update, which is already through the development process, will come in 2021: “We will introduce this in Imola. But this is the last step for this car. Only small things, nothing big. Simply because we don’t finish the parts on time We’ve known for a month that we won’t finish it. “

“Our car is the way it is this year. There would be no point in developing it any further. When we started developing it in November, we knew that we couldn’t catch up with it. So why should we still do it Waste time and money? “

“The car was already bad in 2019. It didn’t get much better in 2020. Then we should invest a lot in a car that will have had its day after 23 races? That would be completely crazy, in my opinion! And everyone knows that too. Well we have to live with what we have, “says Steiner.

Google is based on Samsung when it comes to design features

New corona measures in Germany: This is the current status of...

A1 customers can choose Fritzbox 7590 as a router

Will the third lockdown begin on December 26th? Government and...