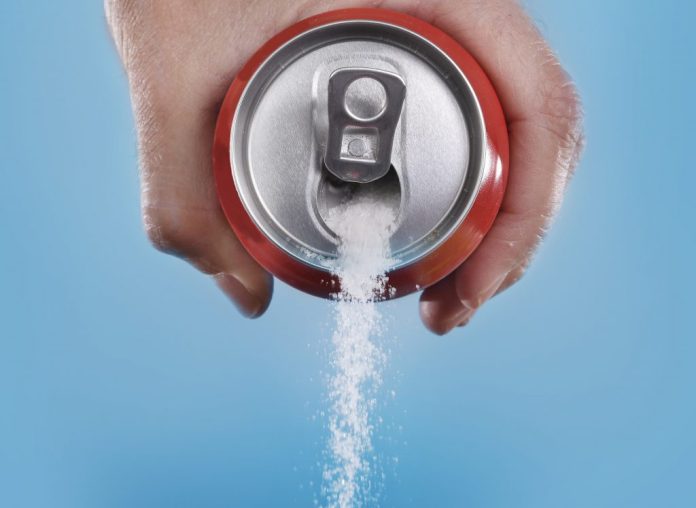 The consumption of added sugar doubles the fat production in the long term – the problem is not “only” the high number of calories.

“Already 80 grams of sugar a day – which corresponds to around 8 dl of a commercially available soft drink – stimulates fat production in the liver”. © Panthermedia

Sugar is added to numerous foods – the average daily consumption is more than 100 grams. The high calorie content of sugar in particular promotes overweight and obesity and the associated secondary diseases.

Does too much sugar have other harmful effects if it is consumed regularly? And if so, which sugar? Researchers at the University of Zurich (UZH) and the University Hospital Zurich (USZ) recently investigated these questions.

Compared to previous studies, which mainly examined the consumption of very high amounts of sugar, their results show that even moderate amounts lead to a “switch” in the metabolism of the test participants. “Already 80 grams of sugar a day – which corresponds to around 8 dl of a commercially available soft drink – stimulates fat production in the liver,” warns study leader Philipp Gerber from the Clinic for Endocrinology, Diabetology and Clinical Nutrition. “This overactivity persists for a long time, even if no more sugar is supplied!”

94 young healthy men took part in the study. They consumed a drink sweetened with different types of sugar every day for seven weeks, while the control group avoided it. The sweet drink contained either fruit sugar (fructose), grape sugar (glucose) or table sugar (sucrose), which consists of fruit and grape sugar. With the help of so-called “tracers” – marked substances whose path in the body can be tracked – the researchers analyzed the effect of sweet drinks on fat metabolism.

Overall, the subjects did not consume more calories than before the study. Due to a certain satiety from the sweet drink, they have reduced their other calorie intake. Nevertheless, the researchers observed that fructose had a negative effect. “The body’s own fat production in the liver was twice as high in the fructose group as in the glucose group or the control group – and this more than twelve hours after the last meal or the last sugar consumption,” reports Gerber. It was particularly surprising that the most commonly consumed table sugar boosted fat synthesis even more than the same amount of fructose. Because until now it was mainly fructose that was suspected of causing such changes.

Fatty liver and diabetes are “favored”

The increased fat production in the liver is a decisive first step in the development of widespread diseases such as fatty liver or type 2 diabetes. From a health point of view, the World Health Organization therefore recommends limiting daily sugar consumption to around 50 or even better to 25 grams.

“But we are a long way from that in Switzerland,” sums up Philipp Gerber. “However, our results are a crucial step in research into the harmful effects of added sugar and will be very important for future dietary recommendations.”

Golf – Wiesberger with a weak start at the Tour Finale...

Health industry defends itself: “Switzerland has no control over Sars-CoV-2 at...

Stefan Haudum is moving to Altach

In the runoff elections in Georgia, head-to-head races are on the...