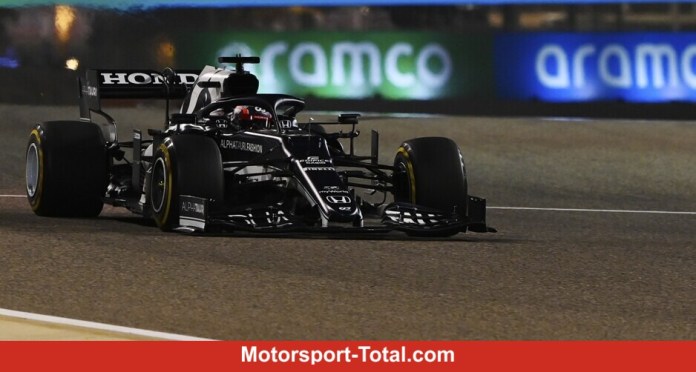 (Motorsport-Total.com) – P2 in the first segment of the qualification for the Bahrain Grand Prix 2021 in Sachir (follow the free Formula 1 ticker here!) Was a big surprise. But Formula 1 newcomer Yuki Tsunoda in the AlphaTauri AT02 was unable to build on that in the following Q2. The Japanese racing driver cannot yet explain why.

Yuki Tsunoda fought with the medium mix from Pirelli in Q2

“I have no idea why or what happened,” said Tsunoda in an initial statement. But there is one obvious difference between Q1 and Q2: He switched from soft (C4) to medium tires (C3) and tried a tactic that the top teams used. In the case of Tsunoda, however, this calculation did not work out.

He blames it on too little grip with the medium mixture and says that this big difference in grip level was “unacceptable”. (AD: Get the complete Formula 1 and the best live sport with Sky Q or stream flexibly with Sky Ticket. Without a receiver.)

Medium is not his case

“Of course: Compared to the C4 tires, this is a compound that is harder and offers less grip. The difference is actually not that big, but I still lost a lot of grip. There wasn’t enough grip. I have to look at what there was going on and take a look at the data, “explains Tsunoda.

He generally gets along better with softer tires. “Whenever I use soft tires, they always work properly and the car feels okay,” says the AlphaTauri driver. “But the C3 tire felt completely strange. That is especially true for the second set.”

“Even with another fast lap, I probably wouldn’t have made it into Q3 with the medium. I just didn’t have any grip.”

His conclusion on qualifying: “Q1 was great, but in Q2 things suddenly went really downhill.” Together with the team, he now has to analyze “whether there was a problem or not”.

In any case, he has learned a lot, says Tsunoda: “I think I can take a lot with me from this qualifying. There is still a lot of room for improvement. In Imola I will simply prepare better.”

What exactly is he planning to do differently there? Tsunoda: “That’s a good question. I would say: How I approached qualifying, that was okay in Q1 and Q2.”

“Today there was a lot of traffic before the fast lap. I had to wait a lot. Maybe I have to see how I can cope better with the traffic. And of course how I can adjust from the C4 tire to the C3 tire. That’s all . “

Tsunoda team-mate Pierre Gasly is already “really satisfied” after P5 in qualifying: “It is one of my best starting positions that I have achieved with the team.” In fact, Gasly has only been ranked twice better so far, namely 2019 in Germany and 2020 in Italy, each with P4 on the grid. (More on this in the Formula 1 database!)

The fact that he was able to show with AlphaTauri in the first qualifying of the season is a good sign. “It is important for us to demonstrate good potential for the rest of the season right from the first race. We achieved that today,” said Gasly.

Even more: Gasly came up with the medium strategy in Q3 and thus used the car’s potential. But he says himself: “That was a risk, but it worked for us. Hopefully we can use that to our advantage in the race.”

It would not be the first time that Gasly would shine with AlphaTauri in Bahrain: As early as 2018, he drove in the same place for the team (back then as Toro Rosso) from fifth on the grid to fourth in the race.

Dual-screen smartphone also in Germany from 2021

Evil Genius 2: World Domination: The Voice Actors of the Super...

Twitch: New Guidelines Banning These Words – Outcry In The Community

Corona study in schools – Zurich schools are not hotspots

The Burning Crusade scheduled for early May 2021