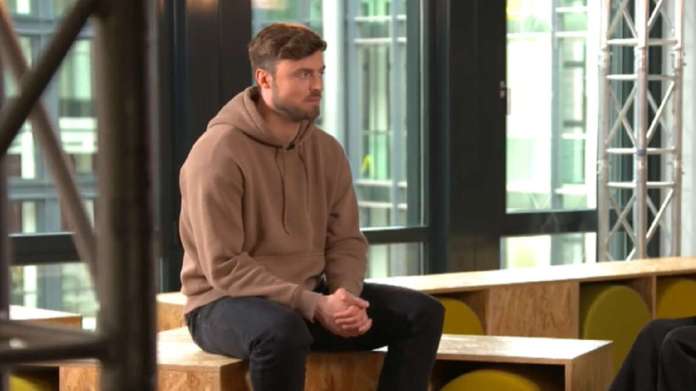 After a big confusion of love, RTL left the “Bachelor” viewers disappointed after the big reunion. But now Niko and Michèle spoke up.

Update from March 25th, 9:30 a.m .: In the RTL show “The Bachelor – After the Last Rose”, better known as the reunion, TV viewers were told how things stand between Mimi and Bachelor Niko. No, the two are no longer a couple. And Michéle and the 30-year-old wouldn’t be lovers after the show either, despite a comeback. It’s a roller coaster ride of emotions. Now comes out: after the TV recording, Niko Griesert and the pretty brunette were spotted going for a walk in Cologne! Is there something going on again after all? In the RTL program “Punkt 12” (Wednesday, March 24), the presenter Frauke Ludowig emphasized that after the show she could see Bachelor whispering something in Niko Michéle’s ear. Exciting! There was no statement as to whether the two would write their own love story – not yet. And as TV viewers have known since this year’s Bachelor season: Making decisions is difficult, very difficult for Niko Griesert. We’ll keep you up to date!

First report from March 24th, 9:55 p.m .: Cologne – Anyone who thought that the 11th season of the RTL dome show “The Bachelor” would end with the big reunion “The Bachelor – After the Last Rose” was wrong about Niko Griesert. Because the rose distributor of the current season apparently wanted to make it particularly exciting this time. He could not decide between his two favorites among the 22 candidates Mimi and Michèle until the end.

He gave the latter the first basket in the semifinals, then brought her back to the final to let her down again there. The rest is history. Because Niko is said to have had doubts again about his last decision, so that he gave the “winner” Mimi the pass and rang Michèle again. The two are said to be a couple by now. Only there was no talk of it at the big reunion. RTL therefore left its viewers disappointed. But now the broadcaster reacted and Niko and Michèle finally spoke up.

The Bachelor 2021 (RTL): Niko and Michèle speak up

The two apparently freshly in love were asked again by RTL about their love story. RTL presenter Frauke Ludowig spoke to Niko again in private. But Michèle was also interviewed. And the burning question of whether she is with Niko, answered the brunette with a clear: “No”. However, both admitted that they were in regular contact by telephone – even several times a week. Since the reunion show, the two are said not to have met again. However, feelings are apparently still there.

“I still really like her,” Niko openly admits when Frauke Ludowig asks about it. And Michèle still has something left over for her bachelor’s degree. “Unfortunately, I can’t turn it off from now on,” said the 27-year-old. So apparently there is still a spark between the two of them. Apparently there is also a need to speak. You want to address and clarify things again. Both still want to leave open that more could develop from this.

Michèle is apparently pursuing a strategy: “I have to let him fidget a little longer,” she reveals with a laugh. Heartbreaker Niko is happy that Michèle has forgiven him and is clear about it: “If we had contact again, I would have a lot to make up for.” A meeting is already planned: after the conversation with Frauke Ludowig the rose distributor reveals that he may see Michèle afterwards. (jbr)

Corona: What is behind the unnoticed shortness of breath? –...

Intensive care units at the limit: what does triage mean –...