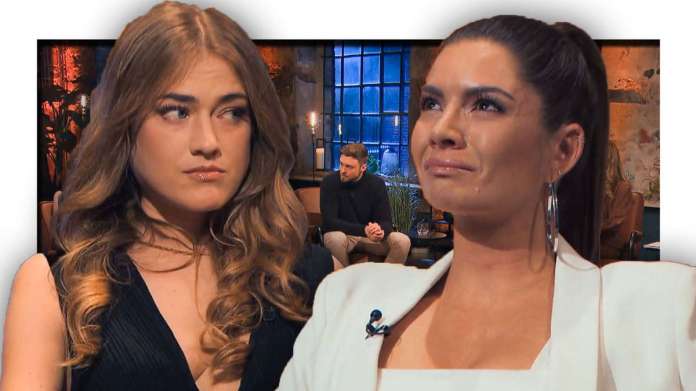 After the scandal finale, Niko Griesert meets his candidates again for the first time at the Bachelor reunion. Pictures already show emotional bursts of tears and angry faces.

Cologne – The Bachelor * drama is slowly coming to an end. But of course the big reunion shouldn’t be missing at the end. TV viewers can finally find out whether there will be a happy ending for “The Bachelor” in 2021 – and if so, with whom. After the violent scandal finale with Niko Griesert (30), it remains exciting how the first meeting after the show goes. First pictures reveal tears, heartache and anger. Extratipp.com * reported.

Niko Griesert * will probably go down in Bachelor history with his finale. After all, there has never been anything like that: The Kiel-born sent his originally planned finalist Stephie (25) home in the middle of the final and brought third-placed Michèle (26) back to rebuff her on the night of the last rose. Mimi (27), however, he gave with the words “You are easy to love”, “My dream woman (…), my home” the last rose.

According to rumors, Niko is said to have also dumped the blonde after the finale. Instead, the computer scientist should now be with Michèle. In any case, there are some arguments in favor of it: Thus, neither Niko nor Mimi shared pictures on Instagram as usual after the finale. Only Michèle shared constant reviews of the time with Niko Griesert. How the Bachelor actually decided, however, remains open until the reunion (all 22 candidates in 2021 *) RTL is already showing emotional images of the reunion.

Tears, anger and a bad mood at the Bachelor reunion

So Mimi makes a questioning gesture to Niko, while the 30-year-old looks angrily at his winner. Although this look does not necessarily have to be interpreted as “angry”, but as focused. After all, the Bachelor * has to deal with all injured women when they meet again. He also looks at Michèle this way.

Here * an overview of all Bachelor’s degrees

Especially the trailer for the goodbye already reveals some details about the pronunciation. So Michèle sobs with tears “I just can’t understand it (…) I can’t understand anything.” Bachelor winner Mimi, on the other hand, repeatedly shows the camera with evil and sad looks.

Bachelor fans with TVNOW access will see the Bachelor debate on Saturday, March 20th. The station has not yet announced the exact time. All other Bachelor fans will have to wait until Wednesday March 24th. From 8:15 p.m. to 10:15 p.m. there will be a big reunion on RTL.

Police warn of “endangerment”: Lauterbach cancels service and vaccination in the...

Monolith Mystery: Two finds in Germany – where do the pillars...

Pietro Lombardi: About corona infection: “At first a shock”