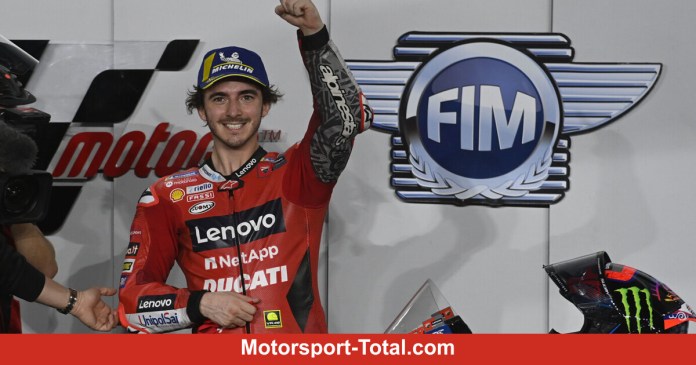 (Motorsport-Total.com) – Francesco “Pecco” Bagnaia is getting off to a really good start on his first MotoGP weekend as a Ducati works driver. In qualifying for the Grand Prix of Qatar in Losail, Bagnaia took pole position. With that he has achieved something that he did not succeed in 2019 and 2020 in the service of the Pramac-Ducati team.

“This is of course the best start for this new chapter in my career,” said Bagnaia happily, but admits: “After I hit the grass verge in Misano last year” – whereupon he fell and threw away his first victory – “I would be too Almost got back on the green today, namely in turn 15. That was close. I’m very happy, but of course it can’t be compared to winning the title, “said the 2018 Moto2 World Champion.

In the history of Ducati in the premier MotoGP class, Bagnaia is the ninth rider to have achieved a pole position with one of the Italian bikes. He joins the list that already includes Loris Capirossi, Sete Gibernau, Casey Stoner, Andrea Dovizioso, Andrea Iannone, Jack Miller, Jorge Lorenzo and Johann Zarco.

“Yesterday I had the feeling that a 1:52 lap would be possible,” said Bagnaia, referring to the fact that he could not finish his final attack in training on Friday. He did it brilliantly in Q2 on Saturday. A total of eight pilots stayed below the old course record. Only Bagnaia made it into the 1:52 area.

While Bagnaia was driving to his first pole position, he pulled Valentino Rossi, his mentor from the old VR46 days, to fourth place on the grid when he made his debut on the Petronas Yamaha team. After the campaign was so successful, although it was not planned according to Bagnaia, the Ducati driver can even imagine that “we might do this more often in the future”. 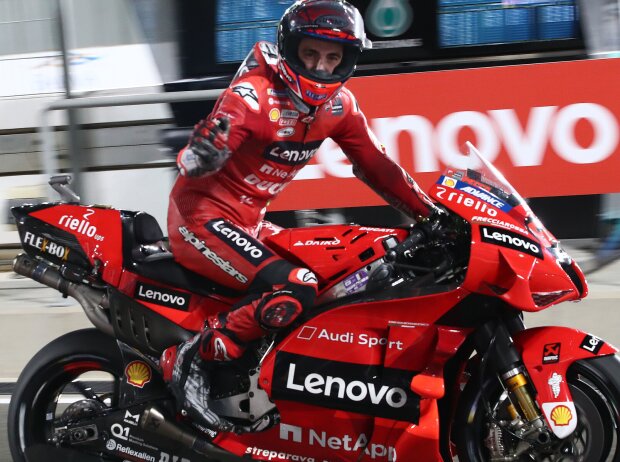 As the only one under 1:53 minutes: Bagnaia holds the new Losail course record Zoom

The immediate future, however, is first and foremost the race, although it is not yet 100% sure whether this will actually take place on Sunday. “The forecast suggests a wind that is as strong as we had during the test. Driving in these conditions is really difficult,” the Ducati driver has known since the last day of testing, which was virtually canceled in early March.

“We have to wait and can only hope that we will have a normal race tomorrow,” said Bagnaia after his first pole position, to note: “Our bike suffers a little more in strong winds. I think the only bike that does The Honda doesn’t suffer as much in such conditions. Yamaha and others have problems similar to ours, which is why we should be close together. “

Hidden WhatsApp function: How to send flawless pictures via Messenger

Free musicians with an empty calendar

Ilzer: Fountas suspension may not be an advantage for Sturm

The seven most important corona symptoms at a glance