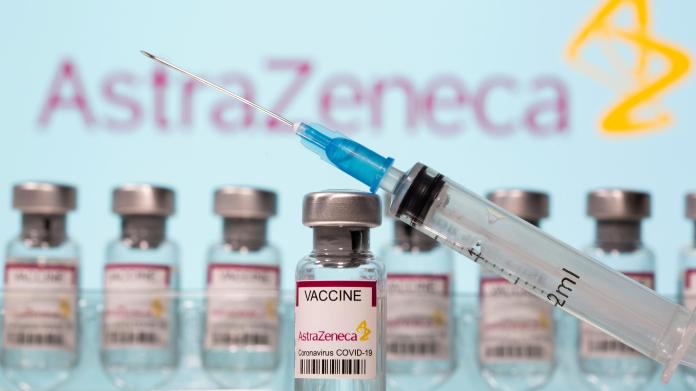 The thriller begins in December. Back then, on December 8th, 2020 a certain Ian McCubbin told the Reuters news agency that “strangely” at the start of the British vaccination campaign, 80 percent of the vaccine does not come from the British AstraZeneca plants, but from factories in the EU. McCubbin should know because he’s the manufacturing officer on the UK Vaccination Task Force. 80 percent, that’s 80 million vaccine doses – the EU itself could have used them a few weeks later.

Obviously McCubbin was gossiping, because after multiple inquiries from RTL / ntv he didn’t want to comment on this in front of our cameras. If you read the Reuters report again, you will also find a note there that the EU plants are in Germany and the Netherlands. In the Netherlands – that can only be Halix’s factory in Leiden, a good half hour southwest of Amsterdam. According to Spiegel research, behind this is a secretive German patriarch, Walter Droege with his Düsseldorf consulting and investment company Droege Group.

And it is precisely this work that comes up again and again if you want to know what the mass vaccine discovery at Anagni, between Rome and Naples, is all about. 29 million urgently needed AstraZeneca cans are piled up in Catalent’s filling plant. Where do they come from, where are they supposed to go? In a rare press release, AstraZeneca states: “The vaccine was made outside the EU.” And then further: “Almost 10 million cans will be delivered to EU countries in the last week of March.” Another six million are to follow in April. As much as that, the EU citizens urgently waiting for the vaccine would be happy, this statement is not plausible.

RTL has an EU-AstraZeneca contract

For supplies to the EU, the contract with AstraZeneca, which RTL / ntv has not redacted, only mentions five plants from which the EU may be supplied. And if the batches found in Italy come from non-EU countries and parts of them are to be shipped to the EU, only three plants come into question: two in Great Britain, one in the USA. Both the USA and, on Thursday, the British Minister of Health made it very clear that they are not supplying any vaccine to the EU. So something is wrong.

This is confirmed by many in Brussels, who suspect that large parts of the vaccine found in Italy are in fact intended for Great Britain and that – that closes the circle – it came from that plant in Leiden, 40 minutes from Amsterdam. That would also explain why AstraZeneca did not obtain approval from the European health agency, EMA, for this Dutch production facility for months. This ensured that vaccination doses from this plant were not allowed to be used in the EU and were therefore available for export to Great Britain.

Since December that has been almost 5 million cans per month. It would fit into the difficult-to-understand business practices of the British-Swedish group, which only cut deliveries to the EU when there were production problems, but never to those to Great Britain.

“A lot doesn’t fit together, it smells like a scandal”

“The walls”, one hears from the offices of the EU Parliament, where the anger about AstraZeneca is mounting more and more. “A lot doesn’t fit together, it smells like a scandal,” say others.

After all: AstraZeneca submitted an application for approval on Wednesday and it was approved by the EU on Friday. This means that in addition to the fault-prone plant in Seneffe, Belgium, there is at least one other EU production facility and at least one chance that the group can reduce its delivery backlog. By the end of March, 120 million cans had been agreed for the EU, not even 30 million will probably be delivered. Otherwise, AstraZeneca will find it difficult to recover from its damage to its image.

Player against admission of spectators

Berlin & Brandenburg: Speeders traveling at 77 kilometers per hour in... Atlantic deep creates a risk of slipperiness – miscellaneous things from...