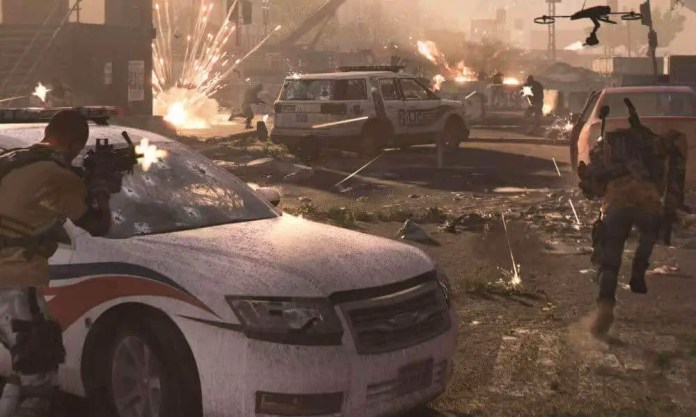 Malmö, Sweden – The Division 2 should actually end. Title Update 12, released in Ubisoft’s multiplayer shooter game last month, should be the last. Ubisoft Massive announced at the time that The Division 2 due to the continued support of the player There will actually be more updates this year, and today the studio gave a glimpse of what to expect this year.

According to Ubisoft hat The Division 2 more than 40 million since it started almost two years ago player reached. Since then, there has been both a free trial and a paid expansion, Warlords of New York. There were also some major additions, like the 100-story Summit building in which loud Ubisoft around 97 million floors have been scaled – which means more than the distance to the moon.

The second part of the loot shooter series was not as successful as Ubisoft would have liked. Nevertheless, the developer, Massive, brings a final major update for the end of 2021. – (C) Ubisoft

The Division 2 – So it goes on

In any case, Massive’s division team has started work on new content, with producer Adrian Trasca and Associate Creative Director Yannick Banchereau continue to work in management positions. The studio estimates that the completion of the new content “will take several months” and that the next major update can be expected “at the earliest” at the end of this year.

What this content will entail is still a mystery. Ubisoft Massive out Malmö (Sweden) is not ready to discuss this yet, but it is said that the next update should “bring a significant change to the game”.

In the meantime, the next season of The Division 2 be a repeat of Year 2 Season 1, which is another opportunity to collect the rewards offered in Season 1 of Warlords of New York. Ubisoft says that player Regular leagues and global events as well as new apparel events can be expected as it repeats last year’s season schedule.

The Division 2 is available for PS4, Xbox One, Stadia, and Windows 10 PC. The title can be played on PS5 and Xbox Series X in 4K and 60 FPS.

Coronavirus in Berlin: Senate is examining self-tests for teachers in schools

CORRECTION: Sales of the Volkswagen core brand will slide significantly in...