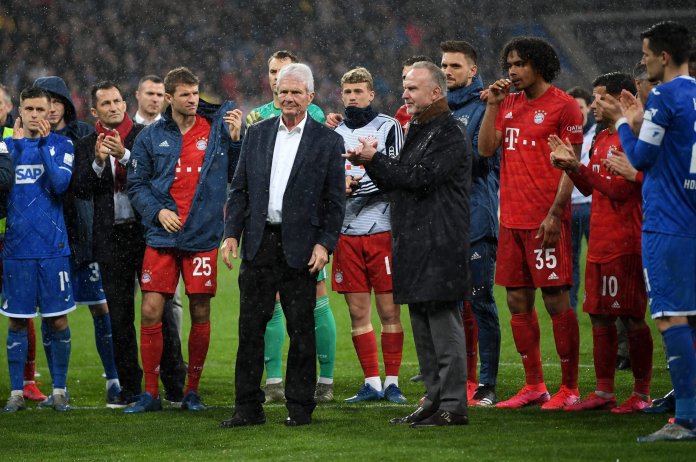 February 29, 2020 is one of the unpleasant days in the history of FC Bayern. Even if the Munich team was able to score a 6-0 victory against TSG Hoffenheim on that day, the riots by the Bayern Ultras against TSG patron Dietmar Hopp overshadowed the Bundesliga game. A new documentary about the Hoffenheim ultra scandal now raises many questions.

Back then, Bayern-Ultras ensured that the game was interrupted twice and was about to be abandoned with tasteless posters against Dietmar Hopp. The last 13 minutes were played to the end with a “non-attack pact” between Bayern and TSG, in which the Munich team admitted the ball to themselves until the end of the game.

Immediately after the final whistle, both teams and the management team gathered on the pitch and applauded Dietmar Hopp, thereby signaling their support. At the same time, FCB club boss Karl-Heinz Rummenigge sharply criticized their own Ultras and announced severe consequences.

In the “ZDF” sports report “The Process. How Dietmar Hopp became the hateful figure of the Ultras “, the authors Jochen Breyer and Jürn Kruse have dealt intensively with the incidents of that time and gained quite astonishing insights. The documentary puts the ultra scandal in a new light. Reason: The plans of the Bayern Ultras were known to both clubs and at least two days before the game. Bayern honorary president Uli Hoeneß confirmed this in the documentation himself and referred to an invitation from the Südkurve Munich to the 120th club anniversary. At this appointment, Hoeneß heard “something ringing”.

In addition, the 69-year-old revealed that he then had “direct contact” with Hopp, who also knew about the planned abuse. Particularly curious: The documentary also shows that even the DFB and thus also the referee knew before the game that the fan riots were going to happen. According to the documentary, the reactions of all those involved were probably not as spontaneous as previously assumed.

“I think that was a play, a production”

For Jan-Henrik Gruszecki, former head of the Dortmund ultra scene and today’s advisor to BVB boss Hans-Joachim Watzke, there is no question that the incidents were staged: “I think it was a play, a staging.”

“ZDF” sports journalist Breyer also had doubts through his research: “What surprised me the most: That before the game in Sinsheim almost everyone knew what was going to happen, TSG Hoffenheim, FC Bayern and the DFB.” He also no longer assumes that the scenes were carried out “spontaneously” after the game: “That the responses of those responsible were apparently planned and that it was overdone at one point or another, that changed my view of this day and this conflict. ”

Old Berlin is fighting for its future

Ben Affleck and Ana de Armas are said to have split...