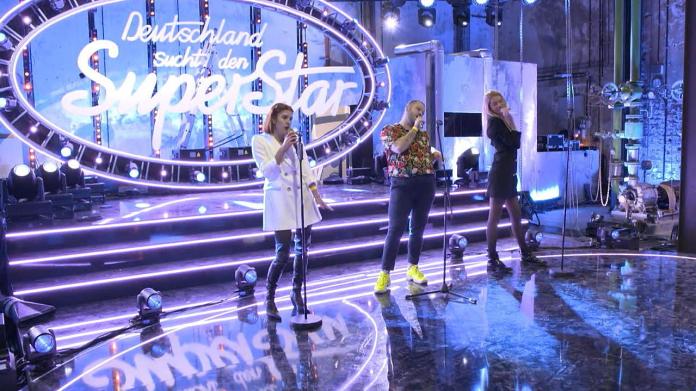 Jan Böckmann: “That is a bombastic news”

The live shows of “Deutschland sucht den Superstar” are full of surprises even before the start: First comes the sad news that Dieter Bohlen unfortunately has to cancel his participation in both shows for health reasons. Shortly afterwards, a guest juror was found to replace him: none other than show giant Thomas Gottschalk! The candidates at DSDS 2021 are mega happy and look forward to meeting the mega-star, as they reveal here in the video.

Who will make it to the grand finale at DSDS 2021?

In the semifinals, the nine best singers will now compete in front of an audience of millions and fight for a place in the grand finale on Easter Saturday. In addition to Thomas Gottschalk, Maite Kelly and Mike Singer sit on the jury, who have accompanied the candidates for the entire season.

Those who make it into the grand finale can be seen on Saturday, March 27th, from 8:15 p.m. live on RTL on TV and in the RTL livestream on TVNOW.

New jury, new voices, new ideas: “Germany is looking for the superstar” is reinventing itself – and will be launching a fresh concept in 2022. Applications for the online casting of the 19th season are now possible HERE.

We have summarized all the important information about DSDS HERE.

After the climb comes the fall

Missed for days: Desperate search for girls (13) from Frankfurt

Coronavirus in Germany and the world: around 42,000 people vaccinated nationwide...

Cannabis Stocks: Merger Plans: How Aphria and Tilray Get Started –...

No “Ballon d’Or” – Why Fifa chooses its best and France...

Formula 1: Sky does not take over Kai Ebel from RTL