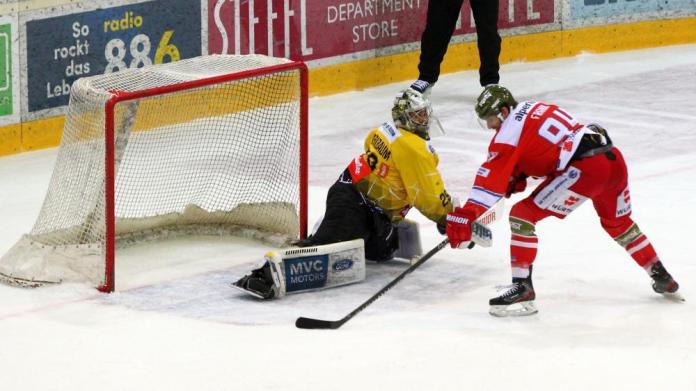 In this scene Daniel Frank scores 1-0 to Bolzano, but it shouldn’t be enough for the win.

The all-important away win for HCB Südtirol Alperia did not come to that, instead the Vienna Capitals struck back impressively in the semi-final series. A shortcoming of the Bozen in the defeat in Vienna-Kagran is quickly identified.

At the semi-finals on Sunday in the ice wave, the Foxes left five power plays unused, but won 2-1. They even topped the negative value in the first away game, but not the result. On the contrary: This time the Capitals held their own with 2: 1 – also because Bozen’s offensive bulwark could not convert one of six outnumbered games into a goal. The thrilling test of strength between the two teams will therefore become even more exciting before the third meeting on Thursday.

It was already clear in advance that the series with the Viennese would be anything but a sure-fire success for Bolzano. One reason are the failures at the HCB. Greg Ireland had to do without the ailing top scorer Dustin Gazley as well as Domenic Alberga and Ivan Tauferer on Tuesday. Karl Stollery also stayed at home for a long time. The Foxes coach had only three centers play in Vienna, which alternately placed themselves in the fourth line.

The Foxes never showed the personnel bottleneck in the starting third, on the contrary: They pressed the gas pedal continuously until the first break and forced the caps on their game. In the 15th minute, Angelo Miceli barely missed the opening goal when his shot hit the inside of the post. It was the harbinger of the 1-0, in which Miceli again played a decisive role. The national player let Mario Fischer out elegantly in the 19th minute, rounded the gate and played in the direction of the opposing body. There Daniel Frank took the disc, played around goalie Bernard Starkbaum and pushed in.

A strong third is not enough

With the first third break, the game was completely lost for the Bozen – which was also due to the many penalties on both sides. The HCB showed once again that they had significantly improved their undernumbered game since the quarter-finals against Bratislava, but remained far too harmless in the power play. In the middle section alone, the guests let six excess minutes pass unused. That should take revenge. A few seconds before the second break, Jarome Leduc scored 1: 1. The former Dornbirner, who had to pass in the first game, benefited from a blunder by the otherwise sovereign Leland Irving in the Bozner Tor, who let the harmless end pass from an acute angle under his armpit. The action was preceded by an unpunished foul on Dan Catenacci behind the Wiener Tor.The deserved equalizer gave the Capitals such a boost that they no longer allowed Bolzano to come into its own in the final section. The scene that led to the Foxes’ first semi-final defeat in the 50th minute was emblematic of the upturned balance of power: Matteo Pietroniro gave the disc to Caps top scorer Ty Loney in a duel behind his own goal, who served the best-positioned Benjamin Nissner, who finally pushed the puck over the line from a short distance. In the closing stages Irving went off the ice for a field player, but although this temporarily created a double outnumbered situation, the guests could no longer save themselves into overtime.

After this again exhausting duel, both teams are only allowed to take a short breath. Because there are less than 48 hours left, then they face each other again in the ice wave, game four takes place just two more days later in Vienna.

Second vaccine is expected in Tyrol

Duchess Kate: Bye-bye “Blow Dry”: This is her new look 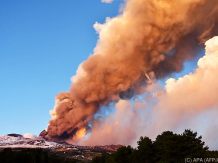 Situation after the eruption of Etna under control for the time...

Bob Dylan sells all of his song rights

U21 European Championship: Germany – Netherlands in the live ticker –...

EANS-News: Kapsch TrafficCom / Results for the first three quarters of...