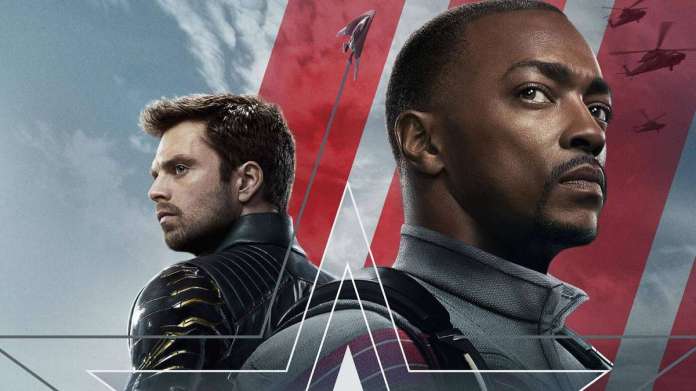 Who is in “The Falcon and the Winter Soldier”? And will there be a second season? The most relevant details about the series from Disney + can be found in the post.

Gradually, users of Disney + can look forward to more and more in-house productions. With “The Mandalorian” *, the first “Star Wars” cracker appeared in 2019. The Marvel series “WandaVision” went online in early 2021. Now the next superhero spectacle is already available: „The Falcon and the Winter Soldier“. The streaming service has been publishing an episode every week since March 19, 2021. We reveal what you should know about the new series.

“The Falcon and the Winter Soldier”: The plot of the series from Disney +

It’s been six months since Professor Hulk (Mark Ruffalo) managed to bring back the people who made Thanos (Josh Brolin) disappear. Sam Wilson aka Falcon (Anthony Mackie) received Captain America’s (Chris Evans) weapon at the time. However, he gives the sign to a museum because he does not feel that he deserves the gift. Shortly afterwards the gun is stolen. At the same time, a mysterious group wants to throw society into chaos. Falcon and Bucky Barnes aka Winter Soldier (Sebastian Stan) therefore have no choice but to take action against the bad guys.

Season 1 of “The Falcon and the Winter Soldier” is expected to include six episodes. We have summarized for you when these will appear in an overview article. By the way, if you haven’t seen the “Avengers” films, you might have a hard time understanding the plot. It is therefore recommended watch all blockbusters first and then stream the episodes on Disney +.

“The Falcon and the Winter Soldier”: The cast of the series from Disney +

The Falcon and the Winter Soldier: Reviews of the series from Disney +

So far, the reviews of “The Falcon and the Winter Soldier” have been very positive. On IMDb received the series 8.3 stars out of a possible 10 stars (As of March 22, 2021). The professional film critics see it similarly Rotten Tomatoes, the 87 percent of 100 percent awarded. From the audience received the Marvel production 78 percent (As of March 22, 2021). Since not all episodes of the series have appeared so far, these ratings could change drastically.

The Falcon and the Winter Soldier on Disney + – Will there be a second season of the series?

Many fans want to know how “The Falcon and the Winter Soldier” will continue after the first season. Accordingly, the actors and makers have to ask themselves this question in interviews. Across from The Direct For example, director Kari Skogland revealed that she did not yet know the fate of the series. In any case, in the first season she already had the opportunity to “do everything [sie] wanted to implement ”. Lead actor Anthony Mackie also has opposite Variety no final answer ready yet. He only notes that no plans for a sequel have yet been discussed. (soa) * tz.de is an offer from IPPEN.MEDIA.

Interesting too: Completely exaggerated? HBO is said to be planning seven spin-offs for “Game of Thrones”.

These Netflix series will continue into 2021

An industry draws hope: wallpapers are in demand again | ...

Frankfurt and Darmstadt among the top ten

Vaccine – Raised fever at AstraZeneca: Vaccination stopped in parts of...