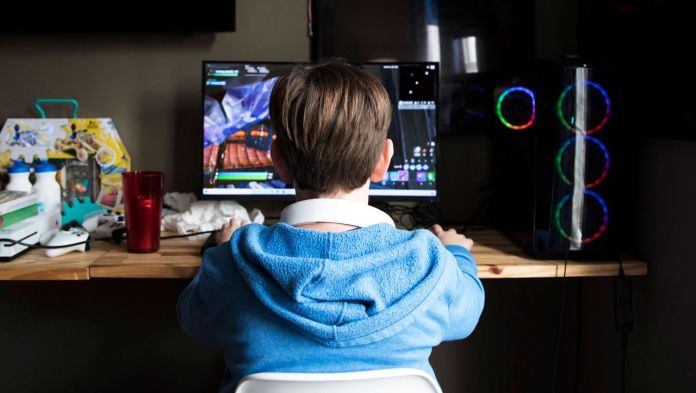 With a reform of the Youth Protection Act, the government wants to ensure that children do not come into contact with buying incentives in video games. The Bundestag passed the change on Friday. The family ministry had initiated the reform of the almost 20-year-old law.
This could have far-reaching consequences for video game developers. Because with the reform, the so-called loot boxes are in the sights of youth activists, i.e. paid content in games that unlock virtual clothing, weapons and equipment, for example. The law speaks of “risks from gambling-like mechanisms”. Such purchase options could therefore be classified in such a way that they impair the development of children and adolescents – and thus affect the age rating.

According to lawyer Julia Maris, the law will have an impact on the age restrictions. “Online games or other applications that use loot boxes or similar in-game offers would probably be classified with an age rating of 18 and over,” Maris told SPIEGEL.

The reform would also affect games that were previously classified as harmless, such as “Fifa 21”. The soccer simulation is currently approved by the testing center for entertainment software self-regulation without age restriction. But since the “Ultimate Team” collecting mode offers card sets for sale as standard, that could change. In order to get an age rating for children for video games, loot boxes would have to be deactivated by default.

Among other things, children should be protected from being ripped off with age-appropriate default settings, but also with warning pictograms before buying. “We want clear symbols that indicate risks such as violence or cost traps,” said SPD Family Minister Franziska Giffey.

In a message from the video game association Game it is said that the responsibility for the protection of minors is taken particularly seriously. According to managing director Felix Falk, it “remains a matter of course to offer and develop modern and functioning youth protection solutions,” says Falk.

The new law is to be adapted to the digital age and no longer differentiates between, for example, whether videos and games are started on a console, mobile phone or PC. It also makes no difference whether the data is loaded from a DVD or from the Internet. In the previous version, there was talk of video cassettes, among other things.

Lawyer Julia Maris believes the reform is necessary. “The law provides for changes that are generally to be welcomed.” It is “in fact so that children and young people are currently not sufficiently protected on the Internet.” Online companies would now be obliged to introduce uniform age ratings and provide assistance. “If you violate the guidelines, you can face immense fines,” says Maris.

The law has yet to be approved by the Federal Council and should come into force in the spring. In addition to protection against cost traps, it provides that children and young people must be protected from harassment on online platforms. Social networks must prevent children and young people from being found, written to and harassed by strangers. So-called cybergrooming is to be combated with it. Adults often stalk minors under a false identity in chats, often with the aim of meeting them in real life and of abusing them.

Facebook told SPIEGEL on Friday: “The safety of young people on Facebook and Instagram is our top priority.” They do not allow content or behavior that “endangers the privacy and safety of minors.” The company removes content that violates the guidelines as soon as it is found. “We are continuously developing our products to ensure the safety of young people.” Facebook also refers to the statement by the Bitkom industry association. There it says, among other things, that they expressly support the goal of the federal government to protect children and young people from harmful online content.

Bitkom managing director Susanne Dehmel criticizes that it could now be even clearer to find out which law applies and which authority is responsible. “The new regulations are based on unclear definitions and legal terms and lead to overlapping, if not contradicting, obligations and supervisory structures with other laws,” says Dehmel.

The problem: State media authorities are actually responsible for monitoring youth protection on the Internet. But to the displeasure of the state authorities (PDF), the federal inspection agency for media harmful to minors is to be upgraded to the federal agency for child and youth media protection. The authority should, among other things, impose fines for violations of the law.

The critics also lack a clear demarcation from existing regulations such as the State Treaty on the Protection of Minors in the Media, the EU General Data Protection Regulation, the NetzDG’s right of appeal and the Telemedia Act.

Zurich – The corona pandemic had an impact on crime –...

Niessl is pleased about the extension of the NPO fund Accident in Stuttgart-Feuerbach: truck drags the car several meters away –...

British want to vaccinate against corona virus from Tuesday