Around 60 aircraft from twelve German cities were expected on the Germans’ favorite holiday island on Saturday alone, and there should be 532 flight connections to and from Germany by Easter Monday. The urgent request of the German federal government to stay at home because of the corona pandemic apparently could not dampen the desire to travel.

Knockout round! Competition fails: Gladbach celebrates “after the worst game”

No classroom teaching without a vaccination? A pros and cons

Serious accident between train and Renault! Women trapped in car

Donald Trump is supposed to pardon Capitol strikers in their last... 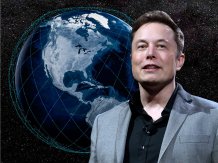