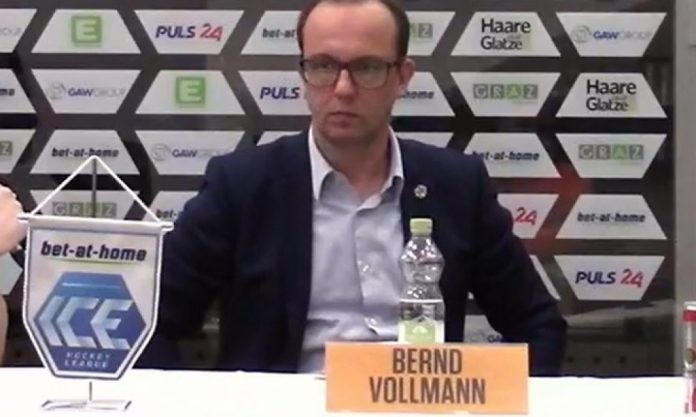 
The Graz99ers announced their new head coach today in an online live stream called at short notice. Jens Gustafsson will lead the Styrians into the future.

There was a lot of hot air about nothing in Graz recently. Recently there was talk of talking to several coaches, as of today it is clear: Jens Gustafsson will remain head coach of the Graz99ers.

Manager Bernd Vollmann looked back on the past season in today’s livestream, sees it as a short-term relapse in the planning of permanently building something big, and noted the positive development of the offspring.

An important aspect is the choice of trainer and what you have been planning for a long time, you are now implementing. Jens Gustafsson wanted to be permanently installed as head coach from 20201/22, now his term of office began a little earlier.

The banter about talking to other candidates was probably just a distraction to add tension to the matter. 99ers manager Vollmann said today that you are completely satisfied with Gustafsson, and addressed his strengths, which you always knew anyway.

“We took a path 5 years ago that we will continue to pursue despite sporting setbacks in the 17/18 season and in the 20/21 Corona season. 3 PlayOff appearances and a semi-final in the last 5 seasons is something we want to build on. In this plan, Jens Gustafsson was planned as head coach from the 21/22 season and we will stay true to our plan! He is an absolute expert and will have the chance to put together his own team for the 21/22 season, ”said General Manager Bernd Vollmann.

He himself then stated that he would like to build a top team in the long term, especially since he can now put together the squad himself for the first time.

Regarding new players and a new assistant coach, the Styrians have not yet announced any names, only that a number of players will leave the club. But there are lists and a number of names that are now being processed.

NEOS: What is still painfully missing is a planned way out...

Fire in Frankfurt: Many cats die in a fire – worse...

Bayern: Bundesliga top game at RB in front of spectators? ...