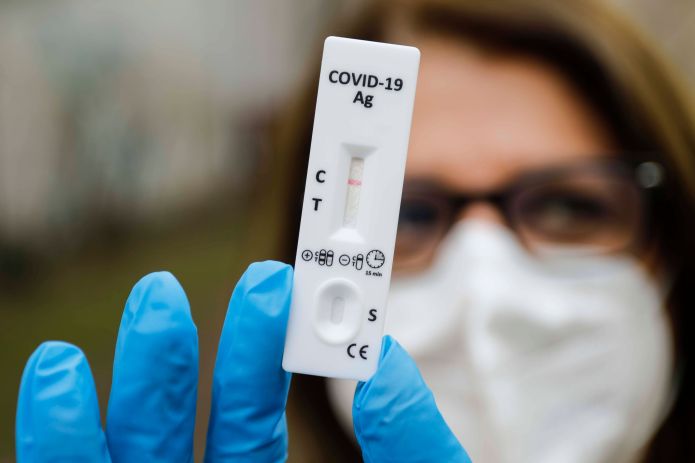 Berlin – The Bundestag and Bundesrat have decided on an important change in dealing with the corona crisis. From April 1, the incidence value may no longer be the sole criterion for bans, restrictions and other lockdown measures. From then on, the Chancellery and the Prime Ministers must also take other figures and values ​​into account for restrictions according to the law. Fixed criteria are, for example, the reproductive value (R-value), the vaccination status or the exposure to health care.

The incidence value is the number of newly infected people per 100,000 inhabitants. In fact, the incidence value as the sole measure has long been controversial. The main reason given is the incomplete data basis for the test numbers. Researchers have therefore been asking for a long time whether the incidence value should be used as the only indicator of the pandemic situation in Germany. There was sometimes bitter dispute about this, and critics of the federal government’s incidence-controlled policy were sometimes brought into the vicinity of corona deniers.

Epidemiologist: incidence value as the only measure cannot be justified

The Correctiv research center has also looked at the topic extensively and has come to the conclusion: the incidence value is not calculated incorrectly, but there is criticism of using it as the sole benchmark. Among other things, an opinion by the epidemiologist Gérard Krause from the Helmholtz Center for Infection Research is quoted here. Krause is one of these critics of the pure incidence values ​​and has written two expert reports for the Committee on Health of the German Bundestag.

In his report from the end of February he describes the problem with the incidences as follows: “Due to the coupling of measures to a single indicator, namely only the incidence value of the case reports, decided in the Third Civil Protection Act, the legislature has given the executive power depending on a measured value that can be proven has no constant measurement basis. ”And further:“ For a proper evaluation of the number of cases reported, it is also necessary at least to collect a reference value for the number of tests carried out at all. ”

The scientist had previously stated in an expert report: “The sole reduction of the situation assessment to a single measured value, as provided here, cannot be justified epidemiologically and does not correspond to the state of the available scientific evidence.” In this way, many factors would not be taken into account, including the age distribution of the cases, the proportion of severe and mild illnesses or the number of people in hospital.

Berlin Senate advises on further action at a special meeting

According to the Bild-Zeitung, the SPD legal expert Johannes Fechner explains the effects of the legislative change: “The federal states now have to quickly adapt their Corona regulations. Countries that adhere one-to-one to the resolution of the Corona summit are acting illegally. ”Therefore, the change in the law is also relevant for today’s special session of the Berlin Senate on how to proceed in the Corona crisis.

The Senate had already decided on Tuesday to extend the lockdown to contain the pandemic until April 24th. The federal and state governments had agreed on this shortly beforehand. The federal and state governments also agreed on a so-called emergency brake at the beginning of March. According to this, the easing of the past weeks would have to be withdrawn within seven days with a stable incidence of over 100 new infections per 100,000 inhabitants. In Berlin, the value was last above this mark for several days.

In his government statement in the House of Representatives on Thursday, however, Müller emphasized that he did not consider it a feasible way to turn back everything that had been fought for in the last few weeks in terms of opportunities and freedoms. The most recent easings that could fall under an emergency brake include open flower shops and garden centers, expanded shopping opportunities in other shops, open beauty salons and open museums or galleries.

Instead, Müller announced the obligation for companies to make more home office offers. In addition, the Senate will, among other things, talk about tightening the mask requirement.

Federal Minister of Health Jens Spahn appealed on Friday to the federal states to consistently apply the agreed emergency brake in the event of high infection rates. Spahn warned of increasing numbers of infections and more contagious virus variants. Under certain circumstances, there is a “risk that our health system will reach its limits in the course of April,” the dpa quoted the Federal Minister of Health as saying.

Champions League – Additional kilometers to travel: Where relocated games are... 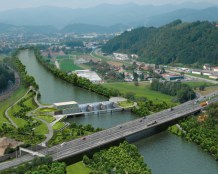 The finale of the trilogy is a lot of fun

BVB on the right track – and that before the game...