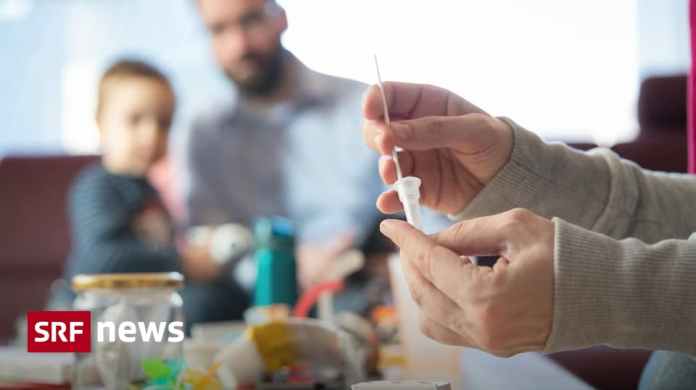 The therapeutic products institute Swissmedic has issued an exemption for a Roche corona self-test. This enables the Basel pharmaceutical company to offer its “SARS-CoV-2 Rapid Antigen Test Nasal” in Switzerland for use by laypeople themselves.

In the rapid test, the sample is taken from the front of the nose instead of the nasopharynx. Roche announced on Tuesday that this is much more pleasant for the user and, above all, easier to use. With the help of a simple quick reference guide, patients could take the test at home with results in as little as 15 minutes.

The test will be available in pharmacies from April 7 as part of the federal test strategy, it said. The Federal Council announced at the beginning of March that every person would give five self-tests at home per month free of charge as soon as the tests were available.

The National Council’s Business Review Commission (GPK-N) will deal with federal contacts with Lonza regarding vaccine production. It will also be investigated whether Switzerland could have had easier access to the Moderna vaccine.

First and foremost, the commission would like to clarify the facts and find out about the strategic considerations that the Federal Department of Home Affairs (FDHA) and the Federal Office of Public Health (FOPH) would have led at the time. The GPK-N has instructed its EDI / Uvek sub-commission to carry out the relevant clarifications. The sub-commission would take note of the relevant documents and hear various relevant actors at its next meetings.

She also reserves the right to delve into other aspects of management in connection with the vaccination strategy, namely the case of the meinimpfungen.ch website. The public should be informed after the clarifications have been completed.

End of the BAG media conference

This ends today’s point de press of the Federal Office of Public Health (BAG). We will keep you up to date on news about the coronavirus here in the live ticker.

What are the benefits of self-tests?

Self-tests are less sensitive, it was said, says a journalist. What does that mean?

You know that you can miss a case, says Martine Ruggli. But if you can identify most of the people who have a high viral load, then you have already achieved a lot. In the event of a positive self-test, a more sensitive variant such as a rapid test or a PCR test would automatically follow.

Patrick Mathys: “The young, mobile population is a driver of the pandemic”

Are children now the drivers of the pandemic or not? A journalist cites findings at the start of the pandemic, when children were not identified as drivers. Rudolf Hauri says there are cases in school and there are also transfers to the family. But there are not too many. In addition, massively more tests are now being carried out. Rudolf Hauri says that in any case one cannot speak of schools as hotspots.

However, the driving force is the “young, mobile population”, adds Patrick Mathys. The test strategy would now also be aligned with this.

In Germany, self-tests for spitting can already be bought in shops, in Switzerland not. Why is that so? Asks a journalist. “In Switzerland we have strict requirements for the validation of such tests. We have not yet received any documents that prove to us that the tests are sufficiently sensitive, ”replies a BAG expert.

also a model for Germany?

Germany: New concept for events with an audience

ROUNDUP / War of the tech giants: Amazon AWS wants to...