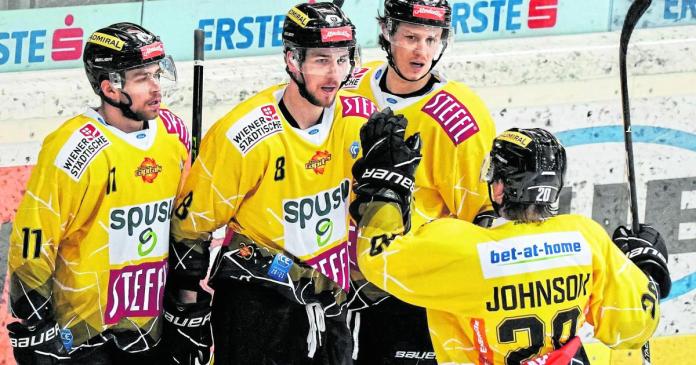 An ice hockey evening couldn’t be much more exciting. With one goal difference each, the Vienna Capitals and the KAC won their semi-finals on Tuesday.

The Viennese equalized in the best-of-seven series against HCB Südtirol with a 2: 1 win to 1: 1, the KAC defeated Salzburg after the 4: 2 at home also in Salzburg with a 3: 2 nV and already leads 2-0.

At the beginning, the Bozener made a masterful impression in Vienna. The title favorite left the Viennese no time, they won the duels and played so fast that the hosts could not hand out their dreaded checks.

And so Vienna’s goalkeeper Bernhard Starkbaum had to take it easy again. Austria’s team goal kept his team in the game. But against Frank, who was suddenly alone in front of him, he had no chance at 0: 1 (19th). “We were really slow and sloppy at the beginning. We were happy that we weren’t too far behind, ”said Capitals coach Dave Cameron annoyed.

11th generation of core processors: “Rocket Lake-S” will be available in...

Patch 1.1 released on PC and Stadia

Johannes Lamparter misses the podium at the World Cup finals