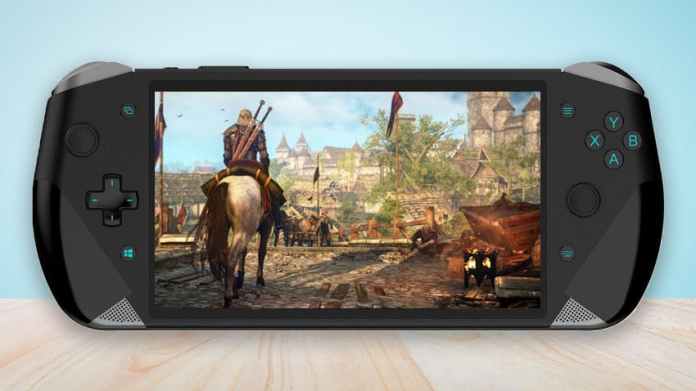 In the field of mobile consoles, the Nintendo Switch is relatively unrivaled. But now the Asian tech giant Tencent throws his hat into the ring.

When the Nintendo Switch came onto the market four years ago, the hybrid console from Nintendo hit the ground like a bomb. The fact that you can choose to play on TV or on the go was a novelty in this form for video game fans.

To this day, the Switch is a blockbuster. In the Corona year 2020 in particular, the console was in great demand, which is not least due to timeless classics such as “Zelda: Breath of the Wild”, “Mario Kart 8 Deluxe” or “Animal Crossing: New Horizons”.

First pictures of the Switch clone

In the past, various companies have announced their own portable consoles with which they wanted to challenge the switch. So far, however, no actual products have resulted from the plans of GPD, AYA or Dell.

The Asian Internet giant Tencent now also wants to stir up the market. Daniel Ahmad, an employee of the market analysis company Niko Partners, revealed on Twitter that Tencent had been awarded a patent for a “PC Video Game Console” and also posted some pictures of the switch alternative.

Tencent obtained a patent for a “PC Video Game Console” today, which was originally submitted in October 2020.

The images show that the console adopts a similar design to the Nintendo Switch, but has Windows 10 related buttons and would likely run Windows / PC games. pic.twitter.com/FFL9tW9J1r

Windows games on the go?

Many details about the model shown are not yet available. In terms of appearance, it seems to be based strongly on the industry leader from Nintendo, but it probably relies on Windows as the operating system, as the one button next to the display suggests.

Since Tencent now also has large stocks of the most important publishers and game platforms such as Epic Games, Riot Games or Blizzard, the company also has ideal conditions to make their games accessible to a new audience.

Whether and when it will actually be that far is currently still in the stars. Information on the price or release date has not yet been communicated and as long as Tencent itself is responsible for the distribution of the Nintendo Switch in China, as is currently the case, nothing should change anytime soon.

Joe Biden is vaccinated against corona

On the way to Atlanta: Biden stumbles on the steps of...

No stone is left unturned in the cinema

The zookeeper makes direct contact with the panda bear: then the...