The experts, who prepare a weekly forecast for the Ministry of Health, anticipate an increasing burden and new highs in hospital capacities in the east. The situation continues to develop dramatically, especially in Vienna, Lower Austria and Burgenland.

As the experts emphasized, regardless of any measures taken, including vaccinations, the increase in the deposit will continue over the next two to four weeks. The strongest increase is expected for Vienna from currently 168 to 260 required intensive care beds within the next two weeks, in the worst case even up to 320 and thus more than the 310 intensive care beds planned in level eight.

Vienna is thus well above the system-critical utilization limit of 33 percent of the total intensive care beds. In the meantime, the Vienna Health Association has already started to further increase intensive care capacities – more on this in wien.ORF.at.

There will be more intensive care patients in all federal states. Burgenland is already at the critical limit of a third – more on this in burgenland.ORF.at. In Lower Austria, the critical limit will be exceeded in the next few days; this is also possible in Upper Austria. In the normal wards, an increase to 2,221 patients is expected by April 7th – an additional 600 sick people.

On Tuesday, the occupancy of beds usable for Covid 19 patients in the federal states was already 55.8 percent, based on the total bed capacity of 2,006 beds, the occupancy was 21.8 percent. The forecast foresees an increase to 31.4 percent. In several federal states, elective interventions are already being postponed again, for example in Styria – more on this in steiermark.ORF.at.

Hospitalization assumptions are based on Austrian observations. According to these, 3.72 percent of all infected people have to be treated in the hospital, 1.45 end up in the intensive care unit, most of them a week after the positive test. The further increase in hospital patients is due to the further spread of CoV mutations. The prognosis of the intensive surface already includes all the effects to be expected from the vaccination.

With regard to the number of infections, the experts forecast an increase to an average of 4,100 new infections per day by next Wednesday. By March 31, 4,500 new cases are to be feared within 24 hours. Then a 7-day incidence of 328 per 100,000 inhabitants is also expected. The development in the individual federal states is very different. The 7-day incidence next Wednesday will range from 119 in Vorarlberg to 448 in Vienna, according to the consortium.

The effective reproductive number has remained unchanged in the past few days at a level of around 1.1. The prognoses assume a continuation of this trend, which manifests itself in a steady increase in the incidence. The reason is due to the mutations that now also dominate in Vorarlberg. For the most part, this is variant B.1.1.7, which first appeared in Great Britain.

After the disaster in Stuttgart: Greens meet for four hours for... 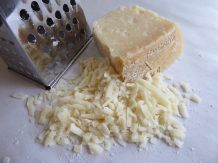 The wolves in notes: This is how VfL Wolfsburg was in...