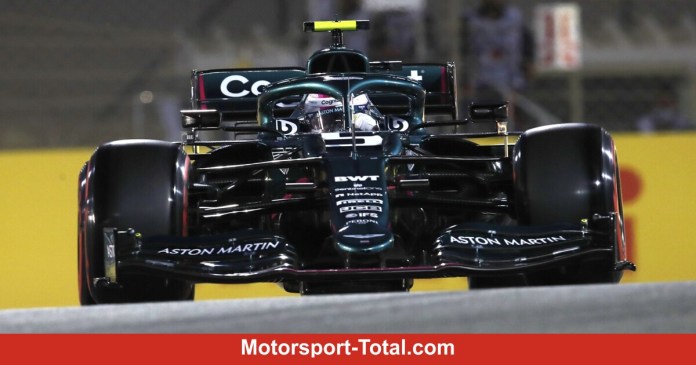 So we close our ticker for today too. As a reminder: the clocks are changed at night, don’t forget! The race will start tomorrow at 5:00 p.m. CEST. We will of course be there for you from noon with a new ticker edition to get you in the right mood for the first Grand Prix of the year. And on our portal there is still a little more to do this evening.

But at this point it was. Have a nice evening, sleep well and see you tomorrow!

Have you always wondered what the 20 Formula 1 drivers looked like as children? Here is the answer! Some drivers are easier to recognize than others …

A reader would like to know: “If Vettel is actually relocated, Aston Martin could install a new engine etc. and call the whole thing a 4th unit, so that Vettel has one component up his sleeve?” No, you can’t. When the engine is changed, it is simply “counted up”. So you cannot “prefer” a fourth engine. After the first comes the second, then the third and so on.

How Schumacher spends his evening

What do the pilots actually do when all of the day’s appointments have been completed? Anyway, Mick Schumacher is playing a game of chess! I dare say that not all 20 Formula 1 drivers do that 😉 In Bahrain, by the way, it is already 11pm. Accordingly, our ticker day is slowly coming to an end.

Mercedes: Better tomorrow than on Friday?

Andrew Shovlin explains after qualifying: “After Friday’s long runs it is difficult to say how good our race pace is compared to the other teams. On Friday we didn’t have the car in the right window, but we are confident that we will Improved rear grip. That should make it less difficult to drive in the race. ”

“We’re not on pole tomorrow, but both of our cars are up front and we have an extra set of hard tires available. Hopefully that will give us a few opportunities,” said Shovlin, who explains: “All in all, it was a good one Performance of the drivers and the team. That should put us in a strong position for tomorrow. “

Vettel goes into the new season without a “previous burden”. Here is the complete overview:

Photo gallery: With these penalty points, the drivers go into Formula 1 2021

What is Vettel threatening?

The “good news” is that in such a case there is only a risk of relegation on the starting line-up and a few penalty points. Vettel can cope with that, because tomorrow he would only start from P18 anyway. It doesn’t get much further back …

That too: Now an investigation has been launched against Vettel. He is said to have ignored Masepin’s yellow flag in turn 1 at the end of Q1. We actually thought the subject was through. But earlier it was probably only about the other yellow flag through Sainz. Therefore, Vettel has to answer to the race stewards tomorrow. Not his day today …

For the first time in 30 years (!) Honda is back on pole position at the season opener. Ayrton Senna last achieved this in 1991 at the McLaren in Phoenix. Possibly a good omen: at the end of the year, Senna and McLaren-Honda became world champions. It was also Honda’s last world championship title to date …

Verstappen, Hamilton, Bottas and Gasly start tomorrow on Medium, the rest of the top 10 on Soft. From P11 onwards you can choose your tires as usual.

This year, too, Pirelli gives a forecast for the strategy before each race. According to the Italians, tomorrow will be a two-stop race. In theory, medium-hard-medium is the fastest option. Soft-Hard-Medium is a bit slower for drivers who start on soft tires. Soft-medium-medium is also possible, but a little slower.

The Russian turned several times today and was knocked off last. With regard to his last spin at the end of Q1, he reveals: “I had a problem with my brake-by-wire and blocked the rear tires. The pedal just went long, we have to see that. I didn’t expect that, and when Test here or during training that never happened before. Hopefully it won’t happen again tomorrow. “

What role does the wind play?

Today it was okay, but tomorrow the wind should be really strong again. This video shows that it is already quite windy on the route. “It’s not ideal,” says Lando Norris on the subject. “But it can go both ways. It’s easier to make mistakes, but others can also make mistakes more easily, from which we can then benefit,” said Norris.

Next pole for Hamilton – Vettel out early

The fear that the vaccine will be left – Vorarlberger Nachrichten

Corona vaccines: more effective against variant from Brazil than expected