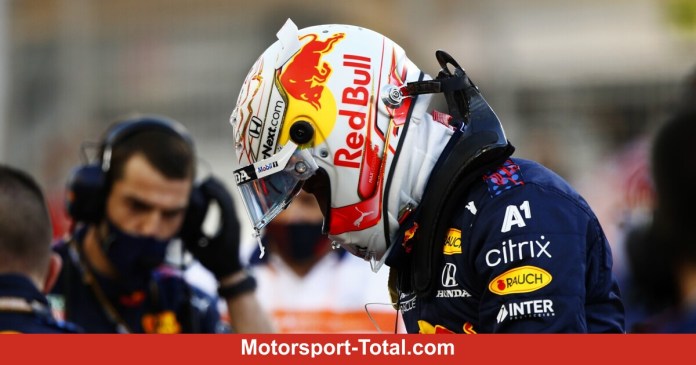 In Bahrain it is already after midnight, and so we say goodbye at this point for today. Tomorrow morning, of course, it will continue as usual with a new ticker. Then our well-known Monday program awaits you, tomorrow including a live edition of “Who slept worst last night” on the Formula1.de YouTube channel. Have a nice evening and see you tomorrow!

Hamilton: I “enjoyed” the fight

“I enjoyed every minute,” said the world champion after his hard-fought victory today, adding: “I loved every minute of the weekend. We as a team are behind in terms of performance. [Red Bull] has done a better job so far. “So it’s a great result,” because we weren’t the fastest this weekend, “said Hamilton.

With a real opponent, success obviously tastes twice as sweet.

Towards the end of the day …

… of course we have also increased our photo gallery again!

A used day for the four-time world champion, but Otmar Szafnauer remembers: “The car he drives now is very different from the one he drove before.” He also reminds us that Vettel “couldn’t complete many laps” during the test drives. “I am still confident that Seb will make it,” said the Aston Martin team boss.

“He started last and worked his way up. But we had problems on the hard tire and he switched to Hard quite early. We have to understand that,” said Szafnauer.

Wolff: No other strategy possible

Immediately after the end of the race, Bottas declared that he would have liked a different strategy. “I think there was no other strategy,” Wolff dismisses. The aim of his second stop was an undercut against Verstappen. “I think that would have worked too. But we had a problem with the impact wrench at the front right. I don’t know what other strategy we could have chosen. A stop was not possible.”

Turn 4: Hamilton off the track 29 times

A spectator took the trouble and counted it once: According to his calculation, Hamilton was a total of 29 times (!) During the race in turn 4 next to the track. No reproach to the world champion, however, because it was announced before the race that the track limits would not be monitored there. Toto Wolff explained that well. In all honesty: I would have done the same in Hamilton’s place …

After the touch, it wasn’t just the front wing that was down. “My race was actually over after contact with Daniel on the first lap. I damaged my front wing and also had damage to the underbody,” he reports. According to team boss Franz Tost, he lost “quite a bit of performance” as a result. That explains why he couldn’t work his way forward afterwards.

Ultimately, Gasly parked his car completely. According to Tost, they suspected a problem with the transmission. That will now be investigated.

The Australian rates his first weekend at McLaren as “positive”, but also explains that he still has some “homework” to do. In fact, he hopes that his car was damaged a bit in the accident with Gasly at the beginning, because that would explain his slightly worse pace. “If my underbody looks broken, then maybe I’ll sleep a little better today,” he smiles.

For him it felt like he got slower and slower as the race progressed. In the end he finished seventh.

Do you remember the new rule that this year, after each race, a car is randomly selected and examined? The first time it hit Valtteri Bottas’ Mercedes today. Unsurprisingly, everything was fine with the car, the inspectors had nothing to complain about.

“The car is better than last year, there is no doubt about it. The aerodynamics are certainly better, we can see that from the correlation. And we have also improved the power unit as far as possible,” says the Ferrari team boss, who however also makes it clear that one still has to improve “in all areas”.

“With the engine less than before, the gap has become smaller. I think we will have a strong power unit again next year. But the differences are getting smaller and smaller. We are working in the right direction with the right tools. That’s true I’m optimistic about the future, “said Binotto.

P9 and thus points on the debut for the Japanese. His personal highlight, however, was an overtaking maneuver against Alonso. “It was pretty emotional when I passed Fernando,” he reports and reveals: “My father is a big Fernando fan. […] I think my dad first saw him in Suzuka. “The last time he saw Alonso was when he was” seven or eight years old. ”

Today he drove with him on the track and was even able to overtake him.

There was praise from the team boss, and he is also satisfied. “If you consider that I almost couldn’t have driven today, we can be satisfied overall,” he says and reports: “The pace was really good and the potential is there.” After the defect in the warm-up lap, he almost got out. It was a “miracle” that the car suddenly started running again.

The Canadian did not see the checkered flag today. According to Dave Robson, there was a problem with the power unit that cost “performance and drivability”. That’s why he turned in the end, and after he had to let Mick Schumacher pass and was the last one, they gave up “to protect the car from possible damage.”

Things went better for Russell with P14. The Brit reports that he had some good fights on the track. “That was the maximum today,” he says, referring to his placement. Robson speaks of a “mixed day” and explains that they now have at least a “clearer picture” of the strengths and weaknesses of the FW43B.

“If I can maintain this pace in the coming races, then I’ll be happy,” said the Spaniard with satisfaction after P8 and explains: “It was very important to finish this race in order to gain experience with the car.” He was able to find a “very good rhythm” after the race had calmed down a bit. “I had one of the best pace in midfield. It’s not that bad for the first race,” said Sainz.

“He came and apologized [nach dem Rennen], and he got the penalty. So it’s okay. If we had been fighting for points at the time, then I would have been angrier “, reports Ocon. The problem for him today was simply his bad starting position. He believes that he would have had the pace” even from P11 or P12 “in to drive the points, but from starting position 16 it didn’t work out.

Curious reason for failure at Alonso

At first it was said that debris had got into the brake ventilation. Marcin Budkowski now specifies: “A sandwich paper got caught in the rear brake ventilation of Fernando’s car. As a result, the temperatures rose and damaged the brake system. Therefore, he had to give up for safety reasons.”

There are more curious reasons for failure here:

Qualcomm will soon fall after Intel: Apple builds its own smartphone...

Boeing 737 Max should also be allowed to fly in Europe...

Frankfurt am Main: Danger on A 661 between Offenbach-Kaiserlei and Frankfurt...

Windows 10: This link crashes PCs with a BSOD