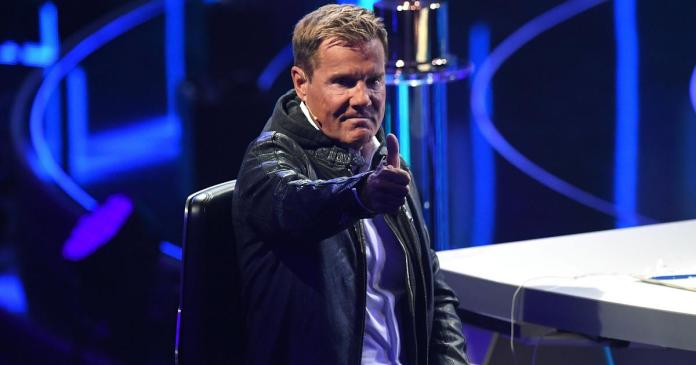 RTL recently announced that Dieter Bohlen (67) would be in the future neither with “DSDS” nor with “Supertalent” will continue to sit on the jury. After almost twenty years, this decision came as a surprise to everyone. But according to RTL it is now right time for a change and further development. The broadcaster wants to set fresh impulses with a completely new jury for “DSDS” and also for “Super Talent”.

The pop titan should thus on April 3rd for the last time as the main judge at the finals of “DSDS” be visible. But then Dieter gave RTL one Cancellation due to illness. Maite Kelly and Mike Singer only have to master the final as a pair.

Mike Singer (21) is sure that the two rock the show together become. About Dieter’s rejection, the 21-year-old said: “I think it’s a shame that Dieter can’t be there for the last two shows. I wholeheartedly wish him a speedy recovery. I would have loved to end the season with him. ”

“This decision was totally spontaneous”

Also a RTL employees now commented on the “Bild”: “This decision was totally spontaneous, on Tuesday the process for both shows was planned with him. Now it’s throwing everything up. “According to him, should Dieter’s last appearance was actually also Alexander Klaws Perform a song together with the “DSDS” veteran.

Unfortunately, that won’t work anymore. Kai Sturm, head of entertainment at RTL, announced the “DSDS” final: “The nine finalists now have to sing for victory without Dieter’s company. They are well prepared for this. Maite and Mike have done a very good job so far and will also do the live shows on their own. ”

The spontaneous cancellation of the pop titan due to illness caused quite a sensation. According to “Bild”, it should be done in advance during a conference call a dispute between Dieter Bohlen and RTL employees have given. Even Mike Singer would not have been informed of Dieter’s failure. Allegedly he only found out about it from the newspaper.

Corona ticker Saxony on November 25th: Kretschmer – “With these numbers...

Salzburg at the draw king Lok Moscow in CL under pressure...