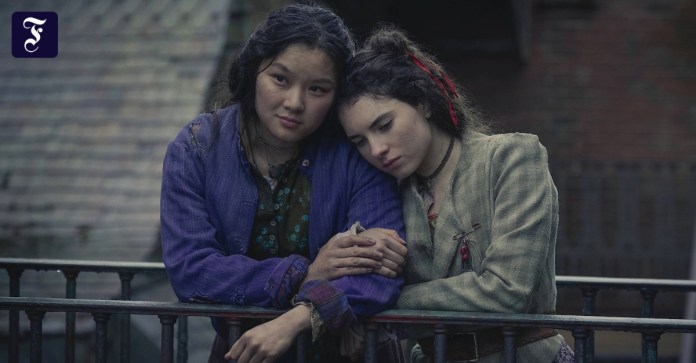 Aktenzeichen SH … unsolved: The image of the most masterful detective of all time has recently been scratched. Two uncracked nuts have been added. On the one hand, as can now be seen on Netflix, it is the “collector’s case”. Body parts have been stolen all over London to be put together using magic, potions and Prometheus swarms.

What only? Sherlock Holmes just couldn’t figure it out. Also because he was betrayed, but actually because he didn’t know his way around dusty gaudy novels – especially from the hand of women -: The new Frankenstein then proves to be much shorter than its myth.

The second unsolved puzzle is even more weird. So we will probably never find out whether an emotional, less misogynous Sherlock Holmes is violating the trademark rights of the Conan Doyle Estate. Last summer, the estate administrators seriously sued Netflix because the distinctive film “Enola Holmes” featured an empathetic, women-minded detective, and Conan Doyle only designed one in those stories for which the copyright was just in effect. According to this, only Sherlock the stinky boot can be freely modified. However, the trial did not take place because the plaintiffs reached an agreement with the defendants three months ago.

If it wasn’t just about money, but also about the integrity of the character, then the absinthe bottle should currently be circling in the Estate, because what Netflix now calls “The Irregulars” – slightly childishly translated as “The gang from Baker Street “- reloads, that doesn’t work on a man’s slipper. Not only was all homoeroticism deleted (to the regret of Watson, played by Royce Pierreson), but we get Sherlock (Henry Lloyd-Hughes) presented as a tragically failed family man who has lost his great love.

The only thing that can be criticized is the stinking boot salary, because the happy days are long over. The master detective that the Baker Street gang encounters – they are known as “Street Arabs” from the story “A Study in Scarlet”; as “Irregulars” from “The Sign of the Four” – is just a grumpy, broken heroin junkie who throws himself up in every corner and is not even able to deduce types of tea correctly.

The series was cast as diverse as possible: women and men, “people of color” and “whites” are distributed against any historical evidence, Watson, for example, is black. It goes without saying that this is one of the few successful aspects. Netflix is ​​also excused: The basic idea developed by Oscar-nominated author Tom Bidwell (“Watership Down”) is so striking that every station would have accessed it.

Naughty brushed against the grain

Four young people, who know each other from the orphanage, live in a Victorian vaulted cellar and make the protagonists for Watson, the real master of 221b Baker Street, who do the detective and dirty work, the legend seemed cheeky again against the grain to brush. Bidwell also opened it up to the hip teenage mystery genre. This is how the warrior Billy (Jojo Macari), Clever Spike (McKell David) and the sisters Bea (Thaddea Graham) and Jessie (Darci Shaw) – one of them resolutely fearless; the other fragile and gifted with vision – all kinds of paranormal adventures. In doing so, they uncover secrets that affect their own identity. That could have been very entertaining.

New Zealand metropolis has to go into lockdown!

Klopp annoyed after an unnecessary draw: “Don’t live in dreamland”

Corona infection with only one inconspicuous symptom: You have to pay...

Frankfurt am Main: traffic jam on B 43 between Terminal 1... McKinnon: TV series about Christiane F. should touch many people

Changes in the Stuttgart Transport Association: Bus and train restricted –...