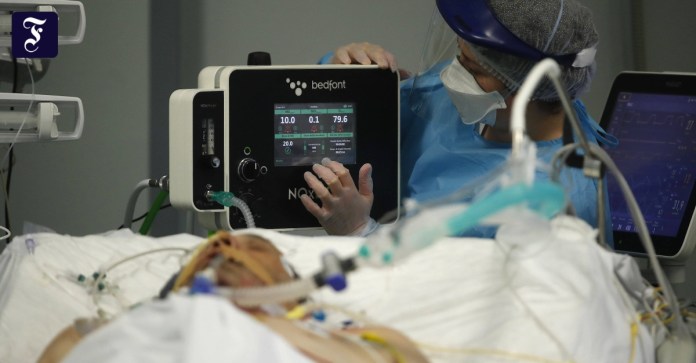 A healthcare worker cares for a patient in a hospital’s corona intensive care unit.
Image: dpa

The Robert Koch Institute reports more than 17,100 new corona infections. On Saturday a week ago it was around 13,700. The numbers are always lower at the weekend than during the week because there is less testing. The incidence value rose from 124.9 to 129.7. 90 Covid patients have died since the previous day.

IIn Germany, more than 17,100 new corona infections were reported within one day. As the Robert Koch Institute (RKI) announced on Sunday morning, citing information from the health authorities, 17,176 new infections were detected.

In view of the increasing number of infections, Chancellor Angela Merkel (CDU) and the heads of government of the countries agreed on the extension of the applicable lockdown rules until April 18 at their Corona summit on Tuesday night. In addition, further regional restrictions have now been decided.

RKI President Lothar Wieler warned on Friday that there were “clear signals” that the third corona wave that has now started “can become even worse than the first two waves”.

Corona study on FFP2 masks: this is how you can disinfect...

Berlin & Brandenburg: Berlin is planning winter school for the holidays...